The iHeartRadio Music Festival 2012 won’t just be a feast for the ears — it will also be eye-candy heaven. We’re not sure who picks the performers, but if they were standing in front of us right now we would shake their hand and kiss their cheek. And here’s why… 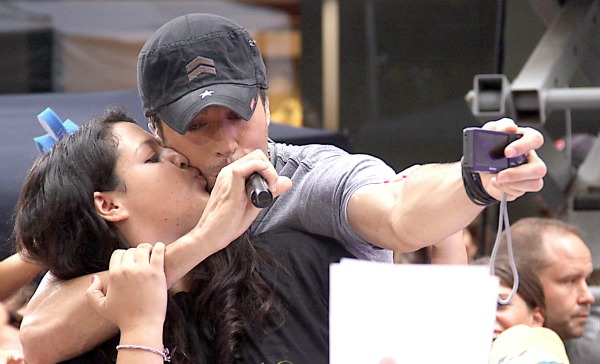 Let’s get the party started with this luscious Latin artist. Men mock him (can you say green-eyed monster?), women love and lust after him. Enrique, arguably above all the other male performers, is putting the heart in iHeartRadio. Yeah, we’re still kind of annoyed at him for getting his mole removed, and for persisting in his relationship with the impossible-to-pick-apart Anna Kournikova. But each time he brings some chubbaliscious soccer mom on the stage and sings to her like she’s some Greek goddess, we fall in love with him all over again and find ourselves saying, “Anna who?” 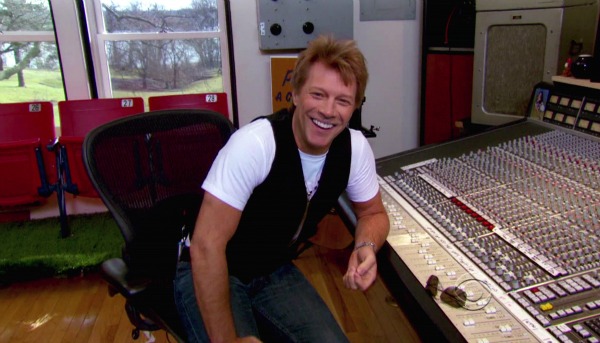 There are probably five things in this world that improve with age: wine, cheese, antique furniture, vintage cars and Jon Bon Jovi. Can you think of any other dude who can rock a mullet, a shag or a Anne-Hache hairstyle and not just get away with it, but make it look sexy as hell? No. We didn’t think so. Fifty hasn’t looked this good on a rocker EV-er. 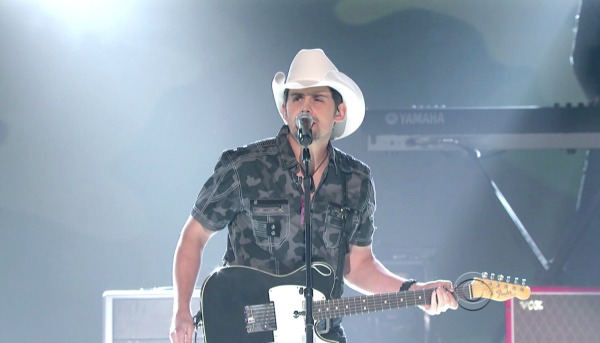 Brad’s aww-shucks, half-past-give-a-damn attitude and smirk make the ladies CAH-razy. If he grew out his hair and lost the cowboy hat, he’d be mistaken for Kid Rock’s twin brother, and we all know that way down deep in places you don’t talk about, y’alls have got a thing for nasty, bad-a** Bob Ritchie. You can admit it, we’re all friends here. When Kid said he wanted to be a cowboy, we know he was talking about Brad Paisley. And when Brad tells us he wants to check us for ticks? Well, it just doesn’t get a whole lot more romantic than that. We’re done. Check please. 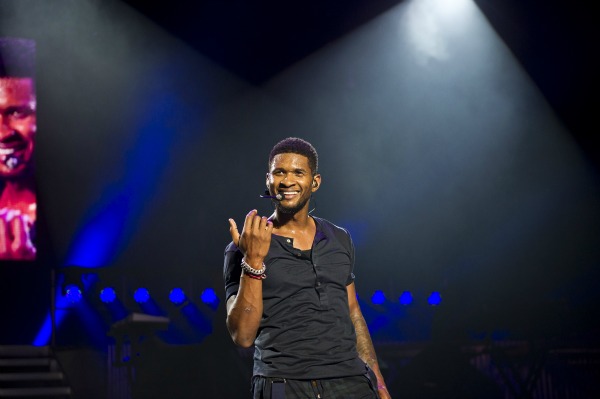 Poor Usher. First there was an ugly divorce followed by the tragic death of his stepson. C’mere, Honey, we’ll make it all better. What is it about this boy that we find so irresistible? The chiseled looks? The smoldering eyes? The smoother-than-silk voice? Naw. His undeniable appeal, if we had to define it, is probably directly tied to his willingness to remove his shirt, and how he looks once that shirt is off. While Usher has a girlfriend, he’s no longer married — granting all the single ladies a faint glimmer of hope.

Just because you don’t have tickets, doesn’t mean you have to miss out on all the fun (or the hotties!)

Check out who else has confirmed, and canceled, their appearance this year…