In a futuristic world with no electricity, one woman tries to discover what has caused the worldwide blackout! Here’s a recap of the series premiere. 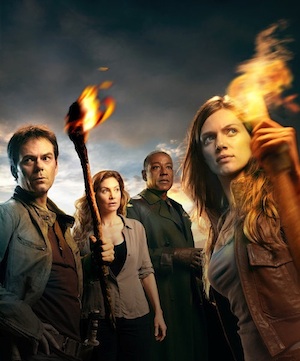 One day a quiet Chicago suburb, family man Benjamin Matheson (Tim Guinee) rushes into the house and warns his wife they don’t have much time. Before he has the chance to explain, all electrical devices on Earth turn off,  and an image from space shows the whole world go black.

Fifteen years after the blackout, the world is a jungle of overgrown concrete. Streets are strewn with abandoned cars, people have starved to death, governments have fallen, and Ben’s suburb is now a small village filled with struggling families. Charlie (Tracy Spiridakos), a beautiful young woman, spends her time exploring beyond the village with her brother, Danny (Graham Rogers).

One day, life in the village is shattered when a militia group led by the intimidating Captain Tom Neville (Giancarlo Esposito) rolls in, causing people to panic and scatter. In the chaos, Ben gives a pendant to Aaron (Zak Orth) and begs him to keep it safe and not let anyone know he has it. 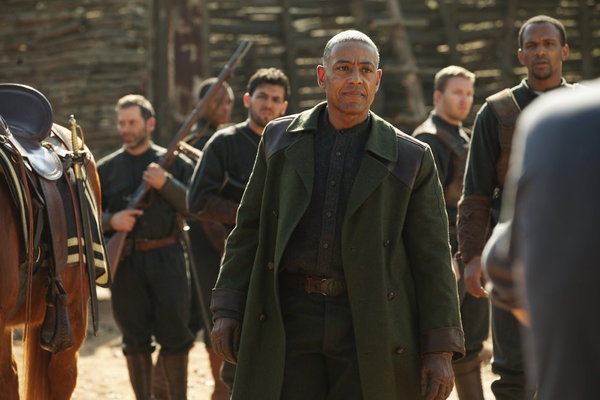 Captain Neville says he has orders from General Monroe to retrieve Ben and Miles Matheson (Billy Burke), but the villagers resist, resulting in an all-out brawl that ends with several people shot, including Ben. The militia takes Danny and leaves behind the bleeding Ben, who dies after telling Charlie to find Miles in Chicago, because he will be able to get Danny back.

Charlie and a few other villagers head to Chicago. The journey is a dangerous one, but on the way Charlie meets the handsome archer Nate, who saves her from an attacker and joins the group. All Charlie knows about Miles is that “He’s good at killing,” but when the group arrives in Chicago, they find Miles working as a bartender. Miles explains that General Monroe thinks Ben told Miles the reason why all the electricity went out, and now General Monroe wants to capture Miles so he can extract that information from him and use it to take over. Miles refuses to go to leave Chicago for fear of being captured, and as a disappointed Charlie attempts to leave, Nate is revealed to be militia and runs off. Later, Nate returns with the militia, looking for Miles, who fights them off one-by-one with a sword. Charlie and her group join the fight, which ends with Miles standing in a room full of dead bodies. He really is good at killing, isn’t he? 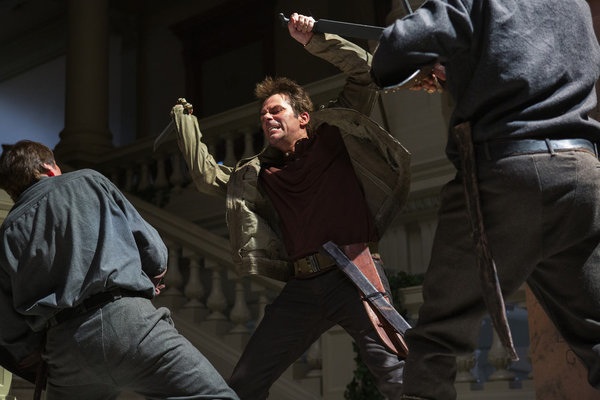 Afterward, Miles finally agrees to join the others to rescue Danny. Sitting alone, Miles remembers the night of the blackout. The friend with him that night was General Monroe.

Back at the village, Danny has escaped but was later turned in by Grace (Maria Howell), who found him in a field and led the militia to him. At home, Grace pulls out a pendant matching the one that Ben gave to Aaron. It lights up, and suddenly a lightbulb and a computer turn on. She chats with an anonymous person online. Electricity still exists, and someone controls it!

Check out what else is happening in Fall TV: