There are only a few more days left until the biggest names in music hit up Las Vegas for the iHeartRadio Music Festival. Huge names are scheduled for Friday and Saturday! 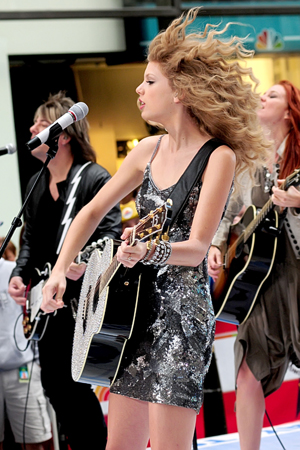 Get ready, music fans: The biggest names in music are set to descend on Sin City this weekend to perform at the second installment of the iHeartRadio Music Festival. The festival will kick off on Friday night with Ryan Seacrest.

“Last year’s iHeartRadio Music Festival had so many acts from so many different genres on one stage, a true rarity for a concert,” Seacrest told The Associated Press earlier this summer. “This year it’s set to be bigger and better, with an unbelievable roster of some of the most talented names in the music business.”

The performer lineup reads like a who’s who list of the music charts — and that’s exactly the point.

“The cool thing about iHeartRadio is it’s multiple genres of radio stations on one platform,” said the event’s executive producer Tom Poleman. “It’s cool when you can then translate that to a live event like the iHeartRadio Music Festival. It’s fun to look around the audience and see, they may not have been into Brad Paisley when they got here, but suddenly the Rihanna fan becomes a country fan.”

Enough of the talking heads. Check out the lineup — not listed in order of performance.

Are you pumped for the 2012 iHeartRadio Music Festival?

Get all the iHeartRadio information you need, before heading out to Vegas!