The actress has long been known to share her every thought through social media. This time, her thoughts have left many wondering if her relationship is still working. 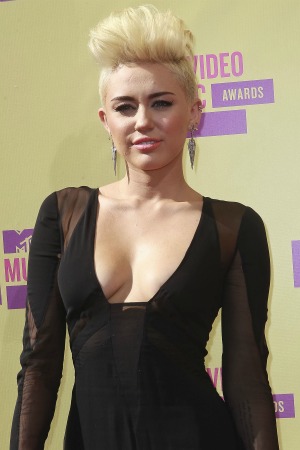 Oh Twitter, what did we do before you? Miley Cyrus let out a tirade last week on the social networking site, leaving many to wonder if her relationship with fiance Liam Hemsworth is really as strong as she’s led us to believe.

Starting on Thursday, she sent her first tweet of the series, saying, “Ever feel like you want just…. something more. Not sure what exactly… passion perhaps?”

She followed that with “Sometimes I feel like I love everyone more than they love me. Hatttte that feeling.”

Then she tweeted, “Thought of the day: maybe it’s not that they love you less, they just love you the most they are capable of loving.”

Let’s hope those thoughts are not directed at the man she is planning to marry. But we have to remember, no matter how much success she’s had, Cyrus is still just 19 years old. She’s been in the spotlight since she was a baby, because of her famous dad, and started acting when she was only 9. And even without the career, she hasn’t had much time to grow up. Cyrus and Hemsworth have been dating since she was 16 and announced their engagement in June.

She later tweeted some more, and it looked like she was trying to put her fans at ease and put any questions about her relationship out of their minds.

“& no there is not trouble in paradise…. just thoughts,” she said.

The last tweet of the night had nothing to do with the tirade, but it looked like she was trying to erase any damage she’d done:

“Having some quality fiance time. Just what I needed.”

After the Thursday tweets, she went back to her normal, random tweets and didn’t mention love or lack thereof anymore. With Cyrus’ recent bar brawl and hair change — and the fact that the couple have not started planning their wedding — she may just be going through what any teenager goes through.

Which leaves many wondering, again, if she might too young to get married.