When the swimmer found out he had been parodied by the Family Guy creator, he was worried. He’s being a good sport but still says it wasn’t really fair. 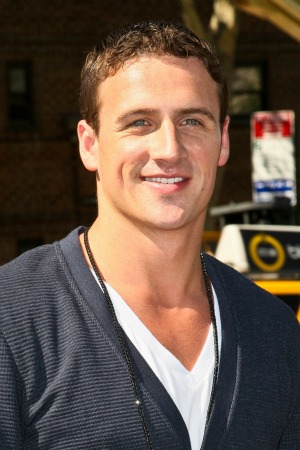 Ryan Lochte appeared on Saturday Night Live this week, except he didn’t know it until it was over. This week’s host, Seth MacFarlane, appeared on Weekend Update as the swimmer, and it wasn’t exactly a flattering imitation. But Lochte wasn’t upset — and was prepared for the worst.

“Well, I gotta admit that was a pretty harsh one, but it’s cool to have Seth parody me,” Lochte told Celebuzz, according to the New York Daily News. “I think he pegged me wrong, but when I heard he did a skit, I knew I was in for it.”

McFarlane showed up dressed as Lochte in a red track suit, sporting a ditzy accent.

“Hey, Seth, I’m Ryan Lochte,” said MacFarlane as the swimmer. “I was America in the Olympics.”

He then talked about his favorite new TV shows this season, including NBC’s Go On, which he said was called “Goon.”

“It’s all in fun and, of course, if I’m talked about on SNL, I know they are gonna get me ‘Go-od,'” Lochte told Celebuzz.

But Lochte isn’t just letting it go — he almost sounds like he is defending his younger self.

“I think they got me all wrong there,” he told Extra via the New York Daily News. “The whole skit, that was from when I first started doing interviews like six or seven years ago. I didn’t know what to really say doing interviews, but now I’m really more relaxed.”

The swimmer of course didn’t miss the opportunity to pitch himself for a future episode of SNL.

“Hopefully, I’ll get the chance to go on SNL to redeem myself,” he said.

He may actually get that chance in the future, since the show is known for inviting celebs along with the actors who play them.

You can watch the Seth MacFarlane’s Ryan Lochte skit here.