The 26-year-old Olympian hit a low point Sunday, when a Nashville hotel said he trashed a hotel room and then tried to run. 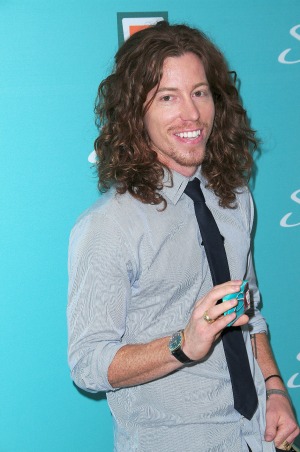 Snowboarder Shaun White has been arrested in Nashville, allegedly for “getting wasted in a hotel room and badly injuring himself,” according to TMZ.

Sources told the website that White was in a Nashville hotel when he allegedly trashed his room. However, the Associated Press said that, according to the police report, White broke a phone and so was charged with vandalism. TMZ reported hotel staff saying that when they confronted the Olympic gold medalist, he pulled several fire alarms and attempted to run. However, he tried to run so fast that he fell and hit his head.

“According to a Nashville police affidavit, White was given the opportunity to sign a misdemeanor citation and refused,” said the AP. “He is charged with vandalism of $500 or less.”

According to NewsChannel5 in Nashville, sources have said the incident happened at Lowe’s Vanderbilt Plaza on Sunday night. He was then taken to Baptist Hospital.

White was launched onto the world scene as a child, when he met Tony Hawk at the age of 9. The skateboarder took White under his wing and began to mentor him. White went pro at age 17 and won the Olympic gold medal in the snowboard halfpipe in both 2006 and 2010, when he was 19 and 23, respectively. He has also participated in numerous X Games and other snowboarding competitions.

White is struggling with a knee injury, which will determine whether he will compete in the 2014 games. He told USA Today though that the Olympic Committee is in talks to include skateboarding in future Olympics, and if that is the case, he hopes to be involved.

The snowboarder celebrated his 26th birthday only a few weeks ago, but no one has mentioned why he was in Nashville. He tweets regularly but has not sent a tweet since Sunday.

White’s reps have also not responded to requests for comment. His injuries from the fall were not considered serious.