Fergie meant well when she spoke out on Kate Middleton’s nude photo scandal, but the royal family just wants her to keep her nose in her own business. Guess there’s still some bad blood there. 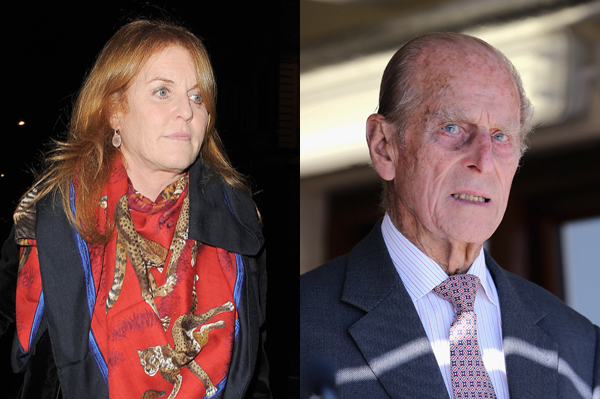 Over the weekend, Duchess of York Sarah Ferguson stuck up for her niece-in-law, Kate Middleton, as French and Italian magazines pushed forward with publishing nude photos taken of her on vacation.

The royal family isn’t happy that the estranged Fergie is sticking her publicity-loving nose in the middle of the scandal, though. Mild-mannered Prince Philip is reportedly the most livid over the whole thing, according to RadarOnline.

“Prince Phillip is seething with Sarah Ferguson for poking her nose into the Kate Middleton topless picture affair,” a source told the website.

“As far as he’s concerned, she has absolutely no right to speak about the royals, considering she hasn’t been one since 1996 and knows nothing about what is going on — remember she wasn’t even invited to the wedding!” the source added.

“Phillip thinks Sarah felt the need to compare Kate’s topless scandal to her own in 1992 — just to grab a little bit of publicity. It’s something he thinks she did to appear more favorable in the public eye,” the source continued.

“He thinks she will do anything to save face and get attention, and Phillip has slammed her to other family members.”

While Fergie does love attention, it has to be comforting that she’s not the first — or likely the last — of the royals to be caught in a compromising position.

“I have total empathy and sympathy for her. I have been there and know what it’s like,” Fergie said. “Everyone is entitled to privacy. It is a devastating invasion of one’s personal inner space. It is deplorable, abhorrent and despicable.”

“She is a beautiful young woman doing a great job for the country. Why should she be stripped of that moment with her husband?”

We agree, Fergie — but maybe it’s best to stay away from the press for a while, okay?