Christina Aguilera set to preview her video for “Your Body” tonight on The Voice off her new album, Lotus. 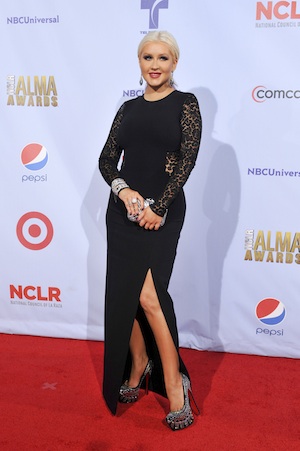 Christina Aguilera is set to premiere a preview of her latest music video for her new single, “Your Body” on The Voice tonight. “Your Body” is the first single of Aguilera’s upcoming album, Lotus. “Your Body” features an up-tempo dance track with a mix of pop and is likely to be a major hit with her fans. With a production team that includes the Grammy award-winning producer Max Martin, Lotus is garnering major buzz. Max Martin is responsible for the recent smash hit between Aguilera and her Voice co-star Adam Levine with their song “Moves Like Jagger.”

The music video for “Your Body” was recently shot on location in Los Angeles, California and is described as a “unexpected and whimsical approach to the song” by RCA Records. Aguilera told fans she loves the video and thinks the fun and lighthearted storyline of “Your Body” is well-represented in the music video. “I was really drawn to the playful nature of this story. I didn’t want to take myself or the video too seriously and it shows from the wardrobe, to the locations and even the pink truck. Nothing is literal in this video.”

Christina recently told Billboard magazine that Lotus represents her own positive outlook on life and her closure on divorce to ex-husband Jordan Bratman. “I’m embracing many different things, but it’s all feel-good.”

Christina Aguilera’s new album, Lotus, drops Nov. 13, 2012. You can check out the first single, “Your Body” below: