Amanda Bynes can’t seem to understand that a suspended license means she can’t drive, so police decided to take away her car. Problem solved? Probably not. 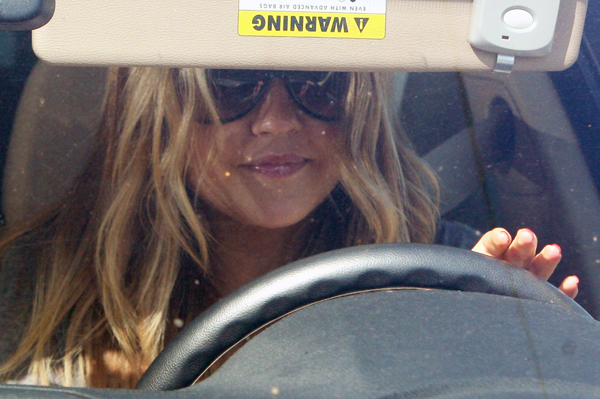 Amanda Bynes may — or may not — be in the midst of a personal breakdown, but there is one thing we know for sure: She doesn’t have a car. The Burbank police department confirmed that they impounded her BMW on Sunday after she was spotted driving several times on a suspended license.

“I can confirm that Amanda Bynes was cited at approximately 8:20 a.m. Sunday for driving with a suspended license,” spokesman Victor Gill told People. “Her car was impounded and she received a misdemeanor citation.”

The action comes after Bynes was spotted last week aimlessly driving around Southern California after her license was suspended. Of course, the suspended license came after several hit-and-run incidents involving the Easy A actress in the past few months.

It’s safe to say Bynes is having personal problems, but now “friends” are coming forward to say that she’s been spotted talking to inanimate objects for “hours” and laughing at herself at the gym.

Let’s hope Bynes can get some help — we’re getting weird flashbacks of Britney Spears’ 2007 meltdown.

In other news, Lindsay Lohan took the opportunity to make Bynes’ problems all about her.

“Why did I get put in jail and a nickelodeon star has had NO punishment(s) so far?” she tweeted over the weekend.

“These are the moments that I appreciate my life experiences, living without regrets and Disney for supporting me as an actress-night all.”

“Living without regrets” — is that what they’re calling it these days, Linds?