The Office’s Mindy Kaling plays an OB/GYN in this half hour of hilarious self-loathing, bitchy talking dolls and witty commentary about the life of a single gal. 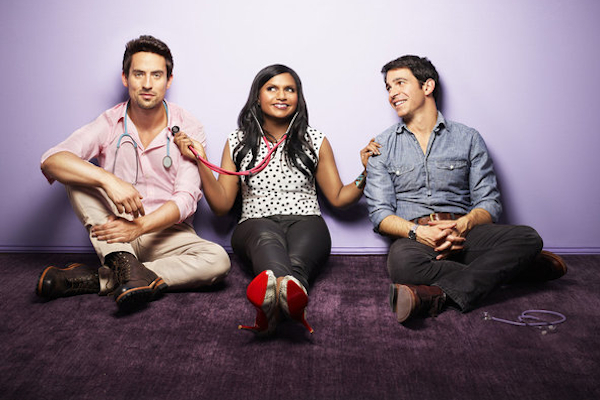 Obsessed with romantic comedies practically since birth, Dr. Mindy Lahiri (Kaling) is great at delivering babies — so long as the mother has insurance. One thing she’s not good at, however, is starring in her own romantic story. In fact, she’s pathetic.

At 31, Dr. Mindy has already invested a childbearing year in a relationship with a dentist (Bill Hader), only to be dumped after he meets a Serbian girl with horrible teeth. Worse, Dr. Mindy is invited to their wedding and actually attends — and that’s just the beginning of her humiliation.

After leaving the wedding drunk and in disgrace, she bicycles into a swimming pool where a talking Barbie doll berates her, and then she gets arrested for disorderly conduct. Poor girl just can’t catch a break!

Dr. Mindy tells her best friend, “Maybe I won’t get married, you know. Maybe I’ll do one of those Eat, Pray, Love things. Ugh, no. I don’t want to pray. Forget it. I’ll just die alone.”

These are the quips we love from sharp-tongued Mindy.

Chris Messina plays fellow doctor Danny Castellano, with whom Dr. Mindy seems to have sexual tension you can cut with a scalpel. When he tells her to lose 15 pounds, however, she does a little sexual healing with hot British doctor Jeremy Reed, played by Ed Weeks.

The Office’s Ed Helms makes a terrific cameo as Dennis, the guy who takes Dr. Mindy to dinner, only to be interrupted by one of her patients who’s gone into labor. Could Dennis be Mindy’s Tom Hanks to her Meg Ryan? I won’t hold my breath.

Bottom line:  Dr. Mindy is a relatable, sympathetic lead character destined to train-wreck each episode. And we wouldn’t have it any other way!