The actress’s love life has been the topic of conversation lately, but truth is, she has a lot more going on. She’s opening a restaurant, hosting an awards show and helping out President Obama’s re-election campaign. 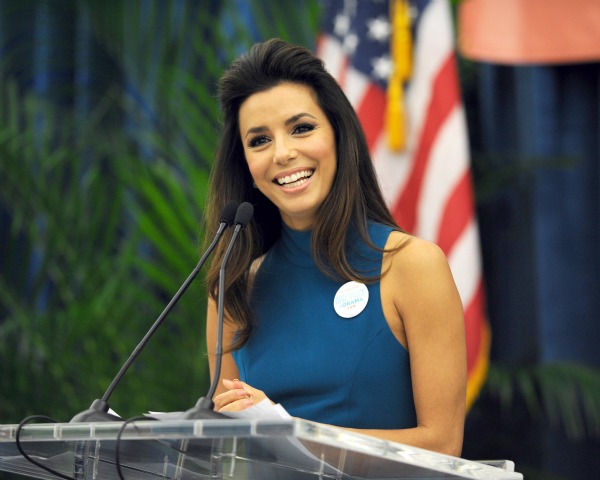 It’s been a few months since Eva Longoria was first spotted with her new beau, but she finally confirmed they are in fact dating. That man is none other than Jets quarterback Mark Sanchez.

“Mark and I are, you know, fine. We’re happy — just dating,” Longoria told Extra host Mario Lopez, but not before calling him an “a**hole” for bringing up the topic in the first place.

The relationship is perhaps shocking to most because of the age difference between the couple. The Desperate Housewife is now 37 years old. Her new boyfriend? Just 25. Back in July, the New York Daily News spotted the two out shopping in Bedminster, New Jersey, where Sanchez owns a home.

Longoria split from husband Tony Parker in early 2011 after being married for fewer than four years. She was also linked to singer Eduardo Cruz until recently.

But it might be easy to wonder how Longoria has time for a relationship at all. Next week she will be hosting the ALMA Awards, honoring celebrities such as Christina Aguilera, George Lopez and Ryan Lochte.

Longoria will also be opening a new restaurant in Las Vegas called She.

She told Lopez, “It’s kind of a female concept on the traditional boys’ club steakhouse.”

And if that weren’t enough, she’s also on the campaign trail for President Obama, supporting his campaign. She appeared at the Democratic National Convention and is a co-chair of the president’s national re-election committee. Lopez asked if she would ever plan on running for office since she has become very involved in politics.

“No, I think the power is in the citizen,” she responded.

The ALMA Awards will air Friday night, Sept. 21, on NBC.