The actor is playing a younger Bruce Willis in his new movie, Looper. He talks about how an actor must learn to love a character he doesn’t really like. 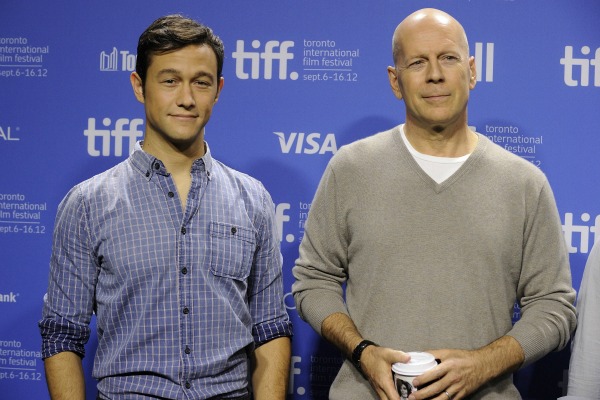 Joseph Gordon-Levitt has played many parts, but never before has he played Bruce Willis. But Bruce Willis has played the part of a time traveler before, and he will be doing so again in the new film Looper. The film is about time-traveling mobsters.

Gordon-Levitt was on Gavin Newsom’s show this week and talked about his new character. “The character I’m playing in Looper is not really a good guy,” Gordon-Levitt told Newsom, according to the Huffington Post. “He kills people for a living; he doesn’t have any friends or family; he’s a very sad, unfortunate soul.”

But Gordon-Levitt loves him just the same. He explains how important it is for an actor to like the character he’s playing, even if nobody would like the person in real life.

“You have to love your character like a mother loves her child, even if there’s not a lot to admire about them,” he said. “Everyone is themselves, and if you’re judging the character from the outside, you’re not going to be able to play them with much authenticity.”

Gordon-Levitt has been in the industry since he was a child, with parts on Roseanne, as the main character in Angels in the Outfield and then as one of the four aliens in 3rd Rock from the Sun from 1996 to 2001. But for this project, he not only had to create his character, but he also had to match it to Willis’.

“[Willis is] a very understated guy,” Gordon-Levitt told Newsom, according to the Huffington Post. “Not the type to butter you up, which is nice because he’s always being honest. I did catch him once or twice giving me a second look, though. There was even one time where were doing a scene where we were yelling back and forth at each other, and then in between takes he was like, very casually, ‘You sound like me,’ and walked away. I had an internal jumping-up-and-down victory.”

Looper will be out Sept. 28. Gordon-Levitt will also be in the much-anticipated film Lincoln, out Nov. 9.