It’s an epidemic! First Randy Travis, then Joe Simpson — and now Sally Struthers and Michael Madsen are in trouble with the cops for driving while intoxicated. 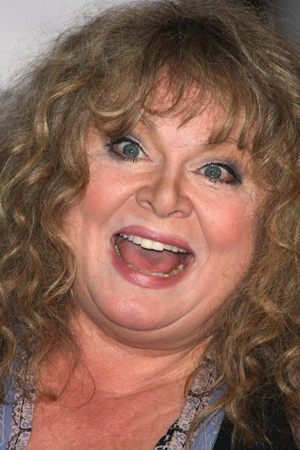 Amada Bynes isn’t the only person in Hollywood who’s apparently having trouble staying sober behind the wheel. Former All in the Family star Sally Struthers and actor Michael Madsen were both busted for driving under the influence in separate incidents this week.

Madsen, 54, was arrested on Thursday after he was spotted driving his red Pontiac GTO erratically on the Pacific Coast Highway, according to the LAPD. A spokesman for the department said a preliminary blood test put his blood alcohol level at .21 — the legal limit in California is .08.

The DUI wasn’t his only interaction with the cops this year: He was arrested in March for a fistfight with his teenage son and charged with child cruelty.

His attorney told TMZ that Madsen “found his son smoking pot and they got in an argument when he tried to take it away. It’s a family matter and Michael asks that his families[sic] privacy be respected.”

Struthers’ bust was quite a distance from Madsen’s — she was arrested for OUI — operating under the influence — by Maine police on Sept. 12 in Ogunquit, a town about 40 miles south of Portland. She’s in the city performing in a production of 9 to 5.

The blonde actress paid the $160 to get out of jail, but she’s denying that she did anything wrong.

“Sally is working and she is fine and she loves The Ogunquit Playhouse and her yearly time in Ogunquit. We deny these charges,” her rep said in a statement.

If the charges stick, Struthers will be back in a Maine courtroom in December to face the music.