Reality Steve is pretty confident that Sean Lowe is the next Bachelor star. We have to wonder why Roberto Martinez isn’t the one, ’cause he was our pick. 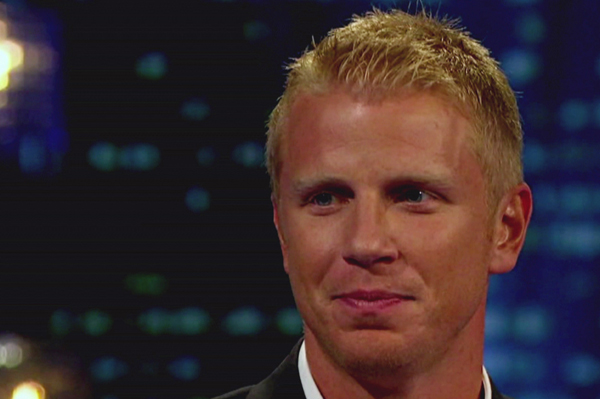 Sorry, Ryan Lochte: It looks like you won’t be picking from a bevy of beautiful ladies on The Bachelor next season. Same goes for you, Roberto Martinez. Reality Steve is reporting that the next Bachelor will be none other than Emily Maynard castoff Sean Lowe.

“The biggest news of yesterday was I was made aware that Sean was at his parents[sic] house filming his intro videos, so safe to say he’s going to be the next Bachelor,” RS wrote on Thursday. “I have no idea when the network is going to announce it officially.”

And why does he think Sean’s the pick? He was filming in his front yard, for one.

“Sean was filming in the front yard in his swim trunks, playing in the sprinklers with his niece and nephew while cameras rolled,” he continued. “I expect this to be part of his video package in the beginning where we hear voiceovers of him talking about how he know the process can work, he’s excited about finding a wife, and saying the exact same things the 24 previous leads before him have said, all while walking the streets of Dallas aimlessly looking into the sky and pondering deep thoughts in his head.”

Interesting choice, don’t you think? We think Martinez would’ve been the better guy for the job, though.

“I think I feel comfortable in saying that Roberto is out of the picture,” he wrote on Tuesday. “I do not know what happened with the Roberto negotiations.”

It brings up an interesting point, though: Will Lowe make a good Bachelor, given his personal beliefs?

From Trista Sutter to Bachelorette Emily: “Smell ALL the roses” >>

“He does come across as someone who’s a bit more genuine than Bachelors past, doesn’t seem to be much of a player, and has a very strong religious background that is a big part of his life,” RS added. “Will it translate to good TV? Who knows?”

What do you think of Sean Lowe as The Bachelor?