Riddle: What do Lady Gaga, Chris Brown and Kate Middleton all have in common? Not much. Other than they all made headlines this week with body parts we all have, except theirs are famous because they are attached to them. Here’s a recap of who did what, and more importantly, why… 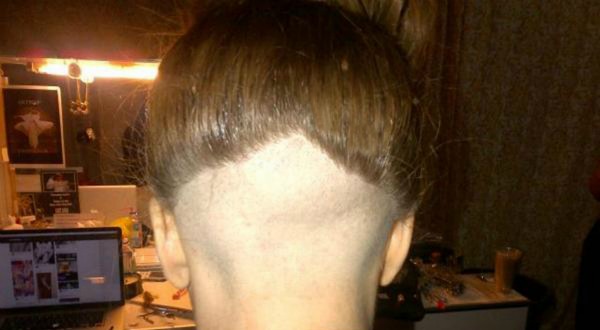 It’s odd how something like hair can cause such a stir in the entertainment industry, but nothing gets people buzzing like a celebrity taking sheers to her head. Lady Gaga did that, but of course in her own unique way. Instead of doing the full shave, ala Britney Spears, or a mohawk, she had a triangle shaved above the base of her neck. Why you ask? Because Gaga’s photog friend, Terry Richardson, lost his mother. Which begs another question. Hasn’t Lady Gaga ever heard of a sympathy card? Just make Terry a casserole for crying out loud. All of us have a dear friend. If she lost her mother, would you shave your head? The answer to that is no, because your friend would think you had lost your mind. Which leads us to our next headline-making body part… 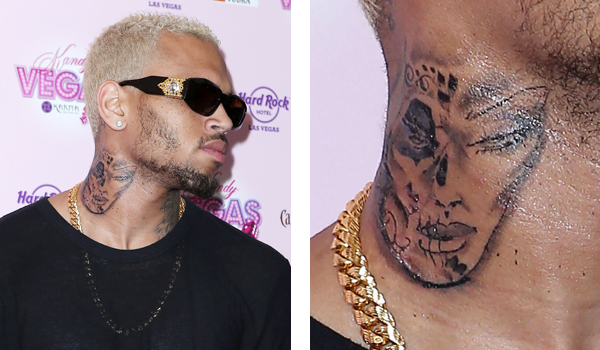 If getting a neck tattoo is done to garner attention, then Chris Brown got his money’s worth. He showed up with this creepy beauty on his neck somewhere around Sept. 1, and naturally everyone assumed it was some bizarre tribute to Rihanna. Hard to blame folks who jumped to this conclusion since Chris Brown had Rihanna’s face transformed into a half skull/half woman tattoo and then etched it into his neck. Who does he think he’s kidding? Of course, he vehemently denied the accusation, saying it was a sugar skull that is associated with the Mexican celebration Day of the Dead, and a MAC ad. Yeah, OK. We forgot how closely tied this Virginia native is to his Mexican heritage. Insert eye-roll here. 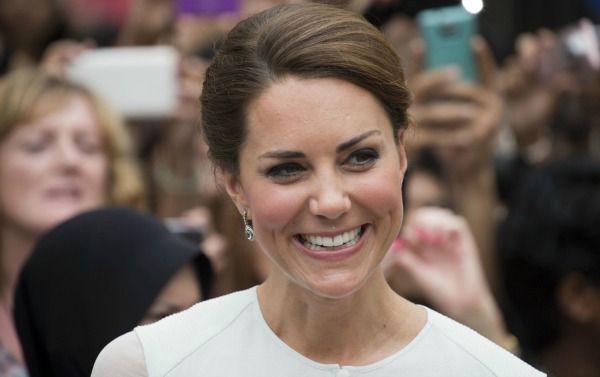 Prince Harry isn’t the only one putting the family jewels on display. Though in fairness, our lovely Kate didn’t put the royal rack out there for public consumption. She was vacationing with hubby Prince William in a remote location in the south of France, and had no reason to believe she was being stalked by paparazzi. Did we learn nothing from Prince Williams’ mother, the beloved Princess Di, whose every move was plagued by paparazzi until it led her tragic and untimely death? Kate Middleton, to date, has done an exemplary job of maintaining the image of the royal family, while somehow managing to not turn into a tabloid freak. She’s a female, which means she has breasts. Are our lives greatly enriched by having photographic proof of that? No. It is not the newlywed Kate who needs to exercise a little more discipline, but rather the French magazine Closer, which published the photos.