The Jersey Shore star was arrested in June in an incident involving too much alcohol, but she got off easy with a small fine. The restaurant did not fare so well and told her she is 86’d for the next two years. 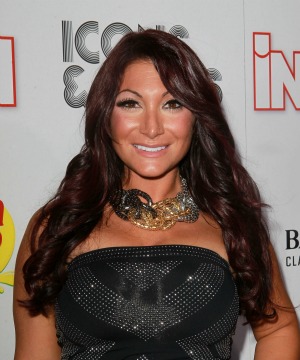 On June 10, Jersey Shore cast member Deena Cortese left a restaurant down by the shore in Seaside Heights and began dancing in the streets, in a busy intersection. She also began slapping cars that were driving by, and eventually was arrested by a local police officer.

Officials said she definitely was “a little intoxicated.” Cortese’s parents and other cast members went to retrieve her from jail.

But Cortese was given a slap on the wrist. According to the Associated Press, she paid a $106 fine for “failing to use the sidewalk.” The restaurant Cortese was in didn’t get off so easy.

The settlement includes a $15,000 fine for service to Cortese when she was “visibly intoxicated.” The restaurant responded by banning Cortese from its premises for two years.

“The state says Cortese and a film crew spent 90 minutes inside the restaurant, during which she walked on the bar, fell down and stood on someone’s table while they were eating,” AP said.

Jersey Shore announced it would be ending this year, and all of the show’s stars are going in different directions.

Snooki (whose real name is Nicole Polizzi) just had a baby, and may (ironically) be the one who is growing up. Or maybe not. She and fellow cast member JWoww have their own show, Snooki & JWoww. Other issues the cast members have had include one with Michael “The Situation” Sorrentino, who got out of rehab earlier this year.

But the season is proving not to disappoint… with the baby, a pill addiction, and plenty of alcohol to go around, the cast members are going to have to learn how to have fun without the benefits of cameras around them.