Bob Costas has been very outspoken about his feelings for the Olympic Games. But this time, he is sharing how he feels about NBC’s coverage of the games — and it involves a monkey. 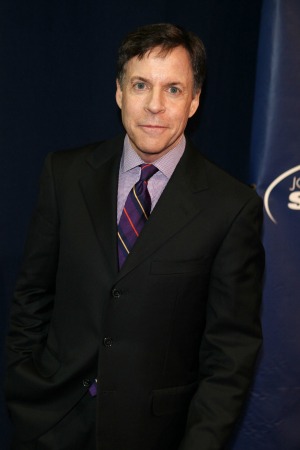 Bob Costas has been an announcer for the Olympics on NBC for as long as we can remember, and he has never been shy about talking about how he feels about it. Even before the summer games started, Costas came out against the Olympic committee for not having a moment of silence for the Olympians killed in Munich.

But last night on Conan, Costas didn’t hold back about how he felt about NBC’s coverage this year.

“The sportscaster visited his ex network-mate Conan O’Brien last night,” said Entertainment Weekly. “In between anecdotes about Yogi Berra and his old job as an encyclopedia salesman, Costas was asked if he was pleased, in the end, with NBC’s London telecasts.”

Costas said he felt like most of the coverage of the weeks-long event was done pretty well, but they made some mistakes.

‘“I thought we were doing well headed to the finish line,” he said. He started talking about how the Closing Ceremony was partially pre-empted by a “monkey in a lab coat,” speaking about NBC’s decision to air their new show Animal Practice over the performance by legendary band The Who.

“Animal Practice is a comedy, at least we hope it is, of a veterinary practice, and one of the doctors is a chimpanzee,” Costas said. (But Andy Richter corrected him, by saying the doctor is actually a monkey, not a chimpanzee.)

Costas served as the anchor for the 2012 London Games, but Ryan Seacrest did a lot of interviews and behind-the-scenes video, a move that also gained NBC a lot of criticism.

To end the interview, Costas spoke directly of NBC’s past mistakes, one which was a personal one to Conan.

“I’m sure you’d be the first to attest, Conan, that when it comes to the tough calls, NBC usually gets it right,” he said, which was followed by applause and laughter.

Conan then told him he was the “best guest ever.”

40 mins ago
by Giovana Gelhoren