Almost ten years after it first splashed into theaters, Finding Nemo is back — but this time in 3D! 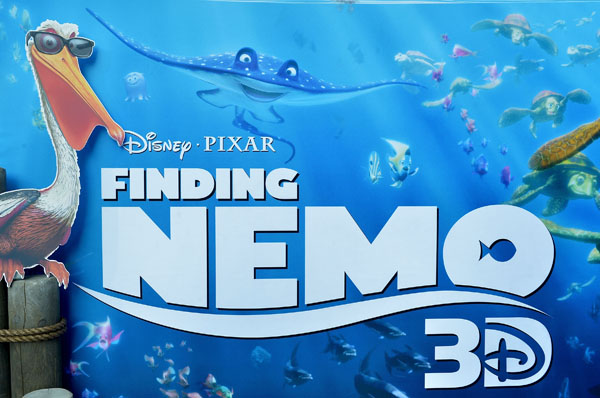 Prior to the release of Finding Nemo, the ocean seemed rather murky and a bit daunting, but Nemo, Marlin, Dori and the rest of the gang were capable of calming most of our qualms. Since this movie was released nearly 10 years ago, Pixar realized it needed to remind us all to “just keep swimming” by re-releasing the animated flick, but this time in 3D.

SheKnows got the opportunity to do back strokes with some of the stars and celebrity fans of the much-adored film at the blue-carpet premiere. 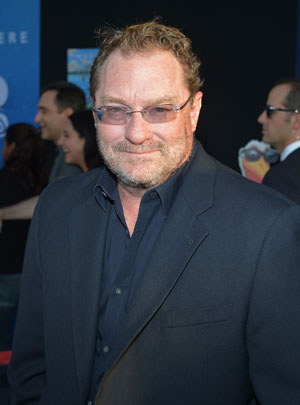 While some may not recognize Albert Brooks by his appearance, the second he opens his mouth the voice of Marlin, Nemo’s father, radiates.

As he moved down the blue carpet, Albert certainly stayed true to his character — he’d brought his son, Jake, and had him secured to his hip. Perhaps Albert was worried that Jake might get lost in the sea of people? Funnily enough, when the movie originally made its debut, Jake feared that it was nonfiction.

“I was four the first time I watched [Finding Nemo] and I had thought, because in the opening scene the mother dies… I thought my mom had died and I was crying my eyes out,” Jake told SheKnows.

While it was hard to convince Jake that this was not in fact the case, Albert espoused that being a voice actor is “way more debilitating than you would think it would be.”

Thankfully Albert had the stamina to endure six- to eight-hour days of voice acting, because without him, Marlin wouldn’t be the same fish we know and love.

The infamous phrase “Bubbles!” is almost as popular as clown fish Dori singing “just keep swimming,” and Stephen Root definitely didn’t tire of entertaining the crowd with his signature expression. Stephen also couldn’t be happier that Finding Nemo is now in 3D.

“I think of any of the films that they made in that era, this is a great one to come back in 3D,” Stephen said with a wide enough grin to know he truly meant it.

Also known for playing Gaston Means on Boardwalk Empire, Stephen isn’t overly concerned that his character on the hit TV show has pet fish — he feels that most fish in tanks are “really well-treated and well-fed.”

In addition to his role in Boardwalk Empire, Stephen has been working on three movies, including one with Johnny Depp. It almost seems as if Root should morph into his character Bubbles so he can take a breather from working so much and be “really well-treated and well-fed.” 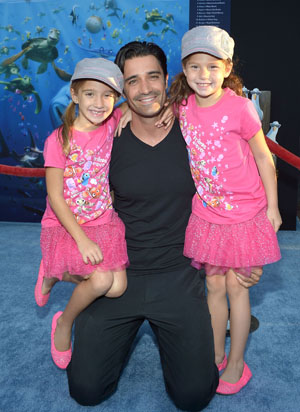 The Dancing with the Stars: All-Stars hunk made his way down the blue carpet in spite of a slight injury after six hours of practicing the Fox Trot. Even with an aching Achilles tendon, Gilles Marini had to attend the premiere of the movie because it’s swimmingly addictive — and of course, his daughter loves it too.

“I love the movie, yes, I probably saw it 200 thousand times,” Gilles exaggerated to SheKnows. “And this time, [the fish] are going to be on your face. I cannot wait for the turtle. I am not going to have sushi for six weeks after this.”

There is something else Gilles is loving and that’s his new DWTS partner, Peta Murgatroyd. The new season of Dancing with the Stars premieres Sept. 22.

“My new partner, she is incredible, she is very sweet and patient,” Gilles proclaimed, but he also confessed that “today was a very difficult day, it was hard for me to get the dance together. Hopefully the day we perform it will be a day [where I can get the dance together]. I am going to try and put the fox in the fox trot.”

Aside from being part of the new cast of Dancing with the Stars, Gilles is also starring in Switched at Birth, a show on ABC Family which started airing the second half of its first season Sept. 3.

Clearly Gilles has his plate full — luckily for Nemo and the rest of the crew, it’s not full of sushi! 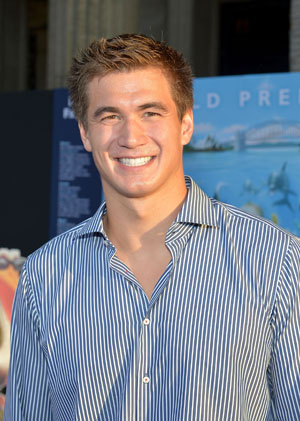 If Nathan Adrian were a character in Finding Nemo, he certainly would have been able to out-swim most of the other fish in the film because you’ll never find him too far away from water.

“At this point [after taking a month off from swimming], I am ready to get back in the water and start training again,” Nathan said, just before revealing that he was suppose to start swim practice that day.

Nathan is certainly allowed to postpone his training to attend the Finding Nemo 3D premiere though, because he’s actually paying tribute to the movie that supplied him with the motto “just keep swimming.”

While it may sound as though Nathan is fully focused on doing the freestyle down his designated pool lane, he does have time to think about the ideal girl for himself.

“The ability to have a conversation is very important, a good sense of humor, understanding my sense of humor — I think there is no better way to connect than through laughter, so I think that’s really important,” Nathan says as he blushes.

While he didn’t reveal his current crush, he did mention that his favorite character in Finding Nemo is in fact the Australian sea turtle named Crush.

With its dedicated fan base and spirited characters, Finding Nemo 3D will no doubt tidal-wave its competitors at the box office this weekend.