Sally Struthers has been arrested on an OUI charge, better known as drunken driving, or DUI. Hold up a moment on presuming guilt or passing judgement, however. The actress has something to say! 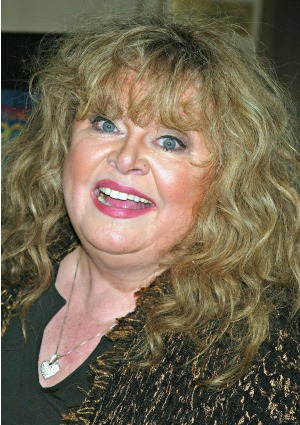 Sally Struthers’ arrest hasn’t gotten the actress down. As a matter of fact, one day after being charged with an OUI (operating under the influence) the former All In the Family star is back on stage, working it in 9 to 5!

The Associated Press has confirmed Struthers was arrested Wednesday in Ogunquit, Maine. No further details on what led police to pull the actress over are yet available, though it has been reported that she cooperated with authorities.

When reached for comment, Struthers’ rep led with the good news in a statement to Us Weekly shared on Thursday: “Sally is working and she is fine and she loves The Ogunquit Playhouse and her yearly time in Ogunquit. We deny these charges.”

After being released on the bargain-price bail amount of $160, the 65-year-old returned to her workplace in Ogunquit, performing in a production of 9 to 5 as Roz. It’s a way to make a living, that’s for sure!

More news on celebrities dealing with the law here >>

The winner of two Emmy Awards for her role as Gloria Stivic on All in the Family, Struthers has recently co-starred as Babette on the CW’s Gilmore Girls and made an appearance on Season 3 of Celebrity Ghost Stories.

Sally Struthers’ arrest will next be addressed on Dec. 14, when she’s scheduled for a court appearance. The Portland Press Herald reports a $500 fine and 90-day suspension of her license are likely punishments, though it sounds like she plans to plead not guilty!

Do you think celebrities such as Sally Struthers are presumed innocent until proven guilty?