Wealth is not enough to inoculate Jonathan Anthony against loneliness and lack of love in this coming-of-age story complete with a mysterious family secret. 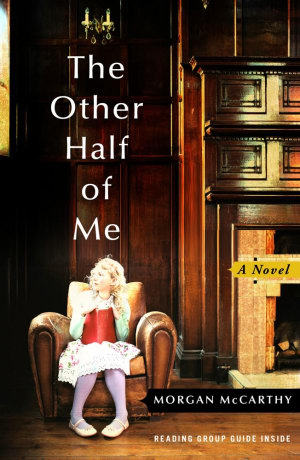 Jonathan’s grandmother Eva is an almost mythical figure: a woman with roots in the U.S. and Europe, a former politician, a hotel mogul, a charitable figure bar-none, and someone he has never seen.

All of this — indeed, Jonathan and his sister Theo’s entire lives — will change when the children’s mother suffers a breakdown and Eva returns to their lives to supervise.

The life Jonathan leaves is somewhat fractured. His mother is depressed, his father is dead (and nobody will talk about him). They live in Eva’s opulent family home in Wales, where they are viewed with distrust by the locals; they are outsiders in accent, education and wealth.

It is a lonely existence for a young boy to be in, but Jonathan has Eva, who he greatly admires, and his beloved Theo. The older the children get, however, the more Theo becomes a sort of task for Jonathan. As much as he adores her, it becomes increasingly obvious that she’s a bit strange: dreamy and impractical, and prone to flights of fancy.

The Other Half of Me is a richly imagined novel, driven primarily by the strength of Jonathan’s character. There is an aspect of family mystery, but first and foremost, it is the story of Jonathan’s coming-of-age. He is in a unique and yet still identifiable position.

Perhaps because of the lack of real love in his early childhood — Jonathan neither witnesses a healthy adult relationship nor receives much in the way of love and attention from his mother — he has a difficult time committing to women and generally prefers one-night stands to relationships. The one girl Jonathan has always loved — a neighbor in Wales — has too good of an idea just who Jonathan is and so holds him at an arm’s length.

In addition to his fraught love life, as Jonathan grows older he must also deal with his famous-yet-mysterious family. Theo continues to be odd and erratic, and as Jonathan grows closer to the pragmatic and charismatic Eva, he becomes more easily annoyed with his flighty sister, until something happens that turns their lives upside down yet again.

Despite his life of material privilege, Jonathan lives in a virtual emotional wasteland, and Morgan McCarthy makes the reader feel each loss, each pang of loneliness, making The Other Half of Me a moving read.