Controversy is stirring over whether Zoe Saldana looks enough like Nina Simone to play her in the upcoming biographical film Nina. Those upset over the casting choice have started an online petition to have the actress removed from the part. 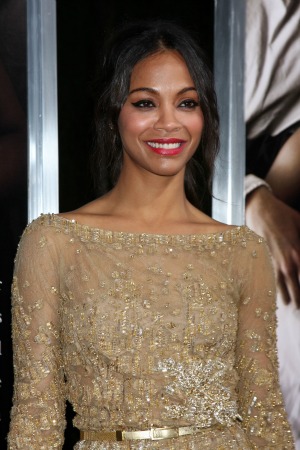 Nina Simone was an important force in the world of music during the civil rights struggle in America, but the upcoming film about her life is causing controversy even though it hasn’t started filming yet. The controversy isn’t over the singer herself — it stems from a rumor about the actress chosen to play her.

“The online media world has been abuzz with criticism for nearly a month now over the news … that the actress Zoe Saldana would be cast as the singer Nina Simone in the forthcoming film Nina, based on her life,” said Tanzina Vega with The New York Times.

But the controversy isn’t over whether or not Saldana is right for the part. It’s about the color of Saldana’s skin — specifically, the lightness of her skin.

“Hollywood and the media have a tendency to whitewash and lightwash a lot of stories, particularly when black actresses are concerned,” said Tiffani Jones, founder of the blog Coffee Rhetoric, according to Vega. “When is it going to be OK to not be the delicate-looking ideal of what the media considers blackness to be?”

Jones posted a petition on Change.org the morning of Sept. 12, and by the evening, it had 2,100 signatures. According to Vega, the petition asks for writer and director Cynthia Mort and executive producer Jimmy Iovine to “replace Zoe Saldana with an actress who actually looks like Nina Simone.”

Saldana has not responded to the request or the petition, but the Internet Movie Database still has her listed as the lead in the movie. The actress also has some huge films in the works. She is scheduled to reprise two of her most popular roles in the sequels to Star Trek and Avatar. Star Trek Into Darkness is in postproduction and is set to be out next year, and Avatar 2 has been announced but Saldana has not yet been confirmed.