Kaci Newton kept saying it was “her moment” backstage during the Austin auditions for The X Factor. However, her moment ended up painting her as a mean girl. 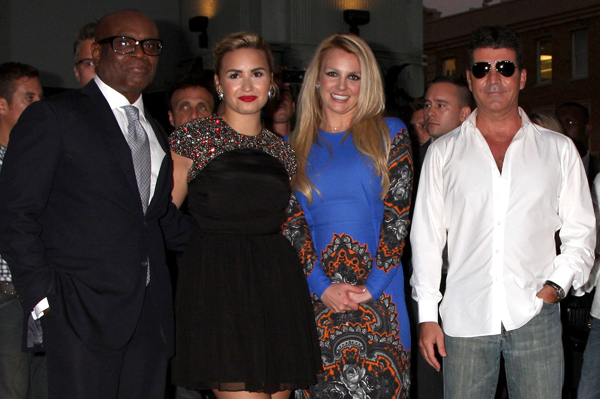 The X Factor wasted no time in creating a villain on the premiere of Season 2 — and for once, it wasn’t Simon Cowell. The focus was solely on a 22-year-old blonde auditioning at the Austin, Texas stop.

Kaci Newton, a blonde singer, was filmed with her sister as they waited backstage. The pair spent most of the time making snarky comments about fellow contestants and saying how pretty Kaci was compared to the rest of the competition.

Britney Spears’ demands for The X Factor: No booze! >>

As for her performance? Cowell said it sounded like she was dying. She tried to sing another song, but her fate was sealed.

“Oh, well,” she said as she walked off the stage.

It seems like she made a lasting impact on the judges — for all the wrong reasons.

“We’ve been making these shows now for ten or eleven years, and I’ve seen them told in pretty much the same way, and what always fascinated me as a viewer is, what would it be like to be a contestant on the show,” Cowell said at the season-premiere party, according to WetPaint.com.

“My gut feeling already was that there was a lot of competitiveness, a lot of b***hiness behind the camera, which we never showed the audience before,” he continued, “and right from the get-go, that vile monster, who was so rude to [fellow contestant] Paige, I found that was the most fascinating thing about trying to make a program where we allowed viewers to see something they hadn’t been allowed to see before and deliberately didn’t have a voice-over or a narrative telling you how to feel. It told its own story, like a documentary, and it made it a lot more interesting show to make.”

We have to agree — it was nice to get more than the typical good audition/bad audition structure of singing-competition shows.

What did you think of The X Factor‘s Season 2 premiere?