The man accused along with Amanda Knox in the murder of Meredith Kercher has written about the night Kercher was killed and what Knox did to to make police suspect them. 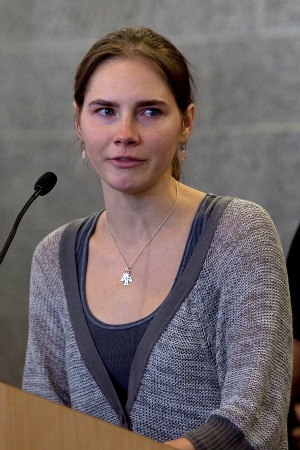 Raffaele Sollecito, the man who met Amanda Knox a week before the murder of her roommate Meredith Kercher, has written a book about Knox and the experience both of them went through after being accused of murder.

Kercher was killed in November 2007 in a small town north of Rome, Italy. And while Sollecito continues to maintain both his and Knox’s innocence, he says Knox’s behavior after Kercher’s death was what made police suspicious. Both Knox and Sollecito spent four years in prison.

“An appeals court overturned their convictions and freed them last fall, issuing a 143-page opinion that blasted the utter lack of evidence against them,” said CBS News. “Rudy Guede, a petty criminal who was convicted separately, remains imprisoned and is serving a 16-year sentence.”

Knox’s public behavior after the murder was suspicious to many, and Sollecito believes that may be what led to their time in prison. “Knox became ‘Foxy Knoxy’ and received media attention as she shopped for underwear after the killing and turned cartwheels in front of investigators,” said CBS News. “While police investigated the crime scene, Sollecito caressed her and they kissed, unaware of the television news cameras across the street.”

Sollecito also said that when he and Knox were taken to the police station, “she climbed in his lap and draped her arms over him, making [him] uneasy.”

Sollecito was a college student when he met Knox in October 2007, a week before the murder, and the two quickly became inseparable. According to CBS News, Sollecito writes in his book that even though he knew he was innocent, he felt guilt about the night of the murder because he and Knox had smoked marijuana and it had made his memory foggy.

Sollecito’s book, Honor Bound, will be on bookshelves Sept. 18. Knox is also writing her own book, and CBS News reports her deal is reportedly worth $4 million.