Kristin Armstrong was expecting her two prized road bikes back in the mail Tuesday, but instead, she only received two empty boxes. 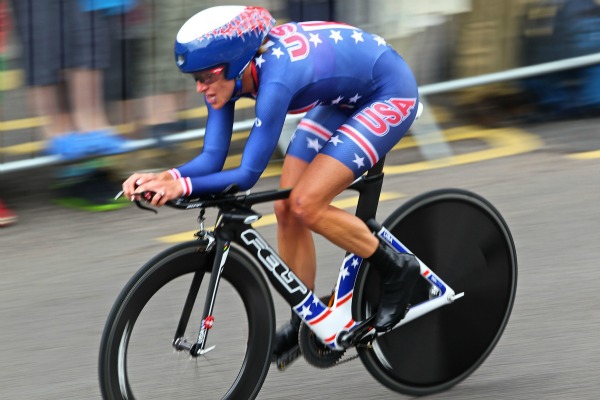 Kristin Armstrong, the Olympic gold medalist in road cycling for the United States, got a surprise in the mail Tuesday. According to Exergy TWENTY12, the team the cyclist is involved with, Armstrong’s Olympic bicycles were stolen from the mail en route back to her home. The bikes were shipped from Germany on Sept. 7, after being on display in Europe, and were apparently taken sometime between Atlanta, Georgia and Boise, Idaho, where Armstrong lives. She received two empty boxes in the mail Tuesday.

Both bikes were ridden by Armstrong during the Olympics in London and had been on display at the Eurobike in Friedrichshafen, Germany, from Aug. 29 to Sept. 1, said Exergy. According to the Associated Press, her time trial bike, which she rode to win her gold medal, is worth nearly $30,000, and the other bike is worth almost the same amount. But for Armstrong, their cash value is not what is important.

“The bikes mean so much to me. My TT [time trial] bike is a symbol of all the hard work that has been put in to this journey,” Armstrong said in a statement. “It is sad to think that somebody out there has taken this away from me and my family.”

Exergy TWENTY12 said they are offering a “substantial” award for any information that could lead to the return of the bicycles.

Armstrong returned to the Olympics in 2012 after winning the gold medal in Beijing in 2008. She had said she would be retiring after the China games and took some time off, and she had a son in 2009. But in 2010, she made the decision to return to the sport for the 2012 London games, and she won the time trial in London to take home another gold medal.

In London, the 39-year-old cyclist became the oldest woman to win an Olympic time trial. Her son Lucas (with husband Joe Savola) will turn two this week.