A California real estate developer-turned-filmmaker is in hiding after the two-hour movie he made, Innocence of Muslims, was linked to protests in Libya which resulted in the deaths of the U.S. ambassador and three staffers in the country’s second-largest city, Benghazi. 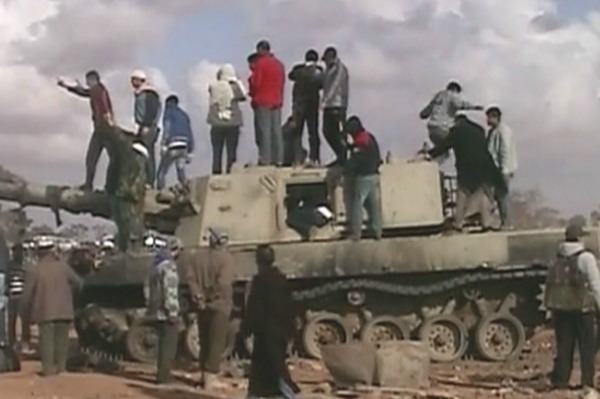 Tribesmen and militia belonging to an al Qaeda-style Islamist group were reportedly so upset over an amateur film, created by Californian real estate developer Sam Bacile, that they stormed a U.S. consulate in Benghazi, Libya — killing Ambassador Chris Stevens and three staffers during the chaos, according to Reuters.

Members of Ansar al-Sharia reportedly felt the low-budget flick, Innocence of Muslims, insulted the Prophet Muhammad, and turned their rage on not just the film and its director, but on the United States as a whole.

Indeed, a short clip of the film on YouTube depicts the prophet in an over-the-top, tongue-in-cheek manner — as a phony, philanderer and fool who is shown, at one point, engaging in a sex act with a woman.

As Reuters points out, the attack on the diplomats in Benghazi, the North African country’s second-largest commercial hub, has the makings of the 2006 riots which left 50 people dead throughout the region following the publication of a “blasphemous” cartoon featuring the prophet in a Danish newspaper.

Up until now, the movie had been seen by very few people, according to Bacile himself, who before going into hiding told the Wall Street Journal that the movie was “political” and not religious in nature, prefacing all of that by saying, “Islam is a cancer.”

Bacile (who identifies himself as Israeli-American) further said he raised $5 million from Jewish donors and, since the ambush on the consulate, told the Associated Press that, while “apologetic” about the ambassador’s death, lax security and extremists are the ones to blame.

“I feel the security system [at the embassies] is no good,” he said. “America should do something to change it.”