Whether you’ve never seen Glee or you watch it when you should be working, the Season 4 premiere has something for the young, the old, the flamboyant and the flannel-wearing. Here’s a preview of the Sept. 13 opener. 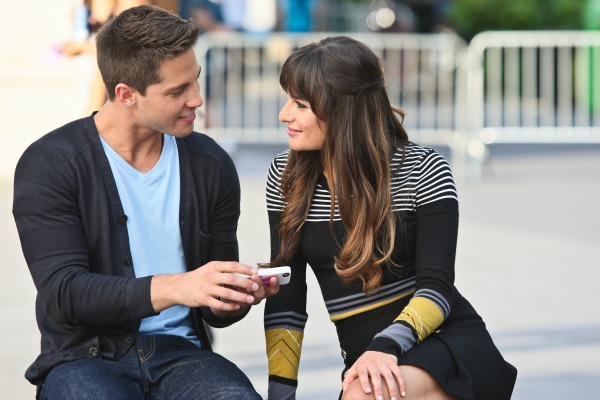 Okay, that was two words and an acronym. In case you just emerged from being freeze-dried, Kate Hudson is playing Rachel’s new teacher in Season 4. We thought we adored Kate before, but if we knew she could sing and dance like that, we’d forgotten. Hudson’s rendition of “Americano”/”Dance Again” gives a whole new meaning to “hot for teacher.” Kate’s fabulousness makes Glee the must-see premiere in a very crowded field.

For those of you who were scared that NeNe Leakes’ commitment to The New Normal and The Real Housewives of Atlanta would interfere with her ongoing catfight with cheerleading coach Sue Sylvester, you can relax. NeNe, our favorite jive-talkin, sass-sayin’, slang-slayin’, attitude-tossin’ diva is back! Recycling character quotes, like those of Coach Roz, is half the reason we watch TV in the first place. Watch NeNe take everyone in her path down to size, and commit her lines to memory for the next time you need to put someone in their place.

NeNe Leakes on Housewives future: “I have 3 shows” >>

There’s no shame in becoming a Gleek!

If you’ve resisted Glee’s charms because you have an aversion to musicals or because you’re a straight dude, resist no more. If this guilty-pleasure-on-so-many-levels is good enough for the likes of Jennifer Lopez and Julia Roberts, it’s good enough for the rest of us. And yes, self-respecting heterosexuals, it’s okay. Watch and enjoy. Your secret is safe with us. Now, that tight, hot-pink belly shirt and bunny slippers you wear while watching the premiere? Well, you may want to keep that bit of information to yourself on poker night with the boys.

Here’s a little Glee gift for those who have missed Sarah Jessica Parker in primetime — she’ll be guest-starring in Season 4! Is it just me, or do the folks behind the scenes at Glee have a Ph.D. in how to scratch people right where they itch? In addition, Gleeks know that this unbridled fun-fest specializes in celebrity cameo appearances and to date has surprised us with megawatt stars like Britney Spears, Gwyneth Paltrow, Neil Patrick Harris, Kathy Griffin, Molly Shannon and Josh Groban. Tuning into Glee is much like buying a box of cereal — there’s a hidden surprise in every box, or in this case, in several episodes.