Singer Cyndi Lauper reveals in a new memoir that she was once in a depression so deep over her stalled career that she seriously considered suicide. What caused this dark time? The key is her troubled past. 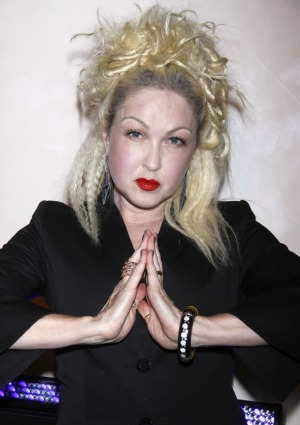 Girls just wanna have fun, right? It wasn’t always that way for Cyndi Lauper. The ’80s singing sensation (who, by the way, is still going strong 30 years later) reveals in a new memoir that she was once in a dark depression so deep that the only way out she could think of was suicide.

“I had come so far but felt like I had failed,” she wrote. “I disappointed the record company because I didn’t come home with an armful of awards like they expected. It was always like that; it was never enough.”

“It was such a dark time for me. When I was living in that hotel I was two steps off of that balcony.”

“I would go to the studio and then sit in my dark room and drink vodka. I had to spend most of my time alone,” she explained. Adding insult to injury, she had just split from longtime partner and manager David Wolff. “I was grieving. I thought the sadness would never go away.”

“The only thing that always ­prevented me from suicide is that I never wanted a headline to read, ‘Girl who wanted to have fun just didn’t’.”

That’s too long to be a good headline, anyway.

Lauper also revealed that her depression actually stemmed from an abusive childhood. She claims her stepfather terrorized her and her sister, and after he threatened to rape them both, she left home at 17. She was forced to beg for food while living on the mean streets of New York City.

“I had no television, no stereo, nothing. I was still a kid and I was alone,” she said. “A lot of times I couldn’t take it anymore, so I just lay in bed all the time. When I really couldn’t deal with anything, I used to get the shakes, just ­complete anxiety attacks.”

“I’d empty out the cupboard under the sink and crawl under there. I’d stay in there ­because it was enclosed, and slowly I would begin to feel better.”