The film debuted at the Toronto Film Festival, and critics are already lauding Murray in his role as the 32nd President of the USA. 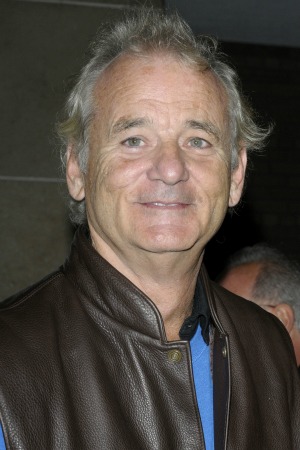 Bill Murray has long been known for playing offbeat characters, but his character in his new film, Hyde Park on Hudson, was a challenge, even for him. That is because this character was a real man, and let’s say … pretty well known.

“I thought, ‘Oh God, I’m being asked to play Roosevelt?’ … How do you take this monster on?” he told Cameron French with Reuters. Murray plays President Franklin Delano Roosevelt, and the action of the film takes place just a few months before World War II broke out. The film premiered at the Toronto Film Festival, and critics are already talking an Oscar for Murray.

Murray said he was disappointed in 2004 when he was nominated for an Academy Award for Lost in Translation but lost to Sean Penn, who won for his performance in Mystic River. But Murray didn’t take the role of FDR just so he could have a chance to be nominated again.

“There’s an expression in Yiddish — ‘schmuck bait,'” he told French. “To me, an Oscar-type role, when I see those kinds of roles, I consider them schmuck bait. They’re often sentimental, schmaltz. This one wasn’t sentimental at all, because it’s a sort-of behind-the-curtain look.”

According to French, the film is about one event in 1939, when the President and his wife were preparing for a visit to their home by King George VI and Queen Elizabeth to talk about the impending war. Laura Linney plays Roosevelt’s cousin Daisy, who tells the story through her own eyes.

“The film covers similar ground to The King’s Speech two years ago, which also premiered in Toronto and went on to win Oscars for best picture and for Colin Firth‘s turn as the stuttering George VI,” said French. “While early reviews don’t peg Hyde Park to mirror that success, Murray’s performance is being lauded as a possible contender for actor nods.”

Hyde Park on Hudson is named for the Roosevelts’ home in New York and is expected to open on Dec. 7, the 71st anniversary of the attack on Pearl Harbor.