Adding to the confusion over who will be on the judging panel when American Idol returns, Randy Jackson may once again be the only familiar face. 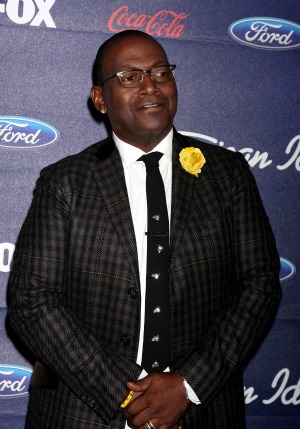 Will they or won’t they? American Idol fans have been left confused over the rumors of new judges, signings of new judges, and possible firings of old judges. So it’s been hard to know exactly what the show will look like when it returns. And now, Simon Cowell has added to the confusion.

“Just heard Randy is back on Idol. Right decision,” Cowell tweeted Monday night. Randy Jackson had been the only remaining original judge left on the show when TMZ and Page Six confirmed the news he would no longer be a judge. This came after many rumors of what would happen to Jackson with producers trying to freshen up the show.

“Producers definitely wanted Randy off the judging panel, and [they] proposed to make him a mentor,” a source reportedly told the Post back in August. “Not surprisingly, Randy wasn’t too happy about that and tried to negotiate a bigger role. The situation has not been sorted out.”

But it looks like the producers of the show may have changed their minds. They were reportedly courting Enrique Iglesias, and when that didn’t work out, they went back to the drawing board.

“Iglesias had been eyed as a possible fourth judge, joining the already announced Mariah Carey as well as Nicki Minaj and Keith Urban, both of whom are said to be wrapping up deals to join the show’s 12th season,” according to The Hollywood Reporter. “Randy Jackson, a judge since the show’s 2002 debut, was said to be moving to a mentor role on the show.”

But now it looks like executives at Fox and the show’s producers may have decided to add Jackson back to the panel. Mariah Carey is the only confirmed judge so far, and Nicki Minaj and Keith Urban are reportedly in the final stages of negotiations, which may be just in time for the show’s return.

“The current plan, according to the source, is to announce an Idol judges panel of Carey, Minaj, Urban and Jackson in time for the show’s on-site auditions, which will start by the end of September,” said The Hollywood Reporter.