The Primetime Emmy Awards are Sunday, Sept. 23, and today the show announced the first six of its presenters.

Related story All Eyes Were On Mindy Kaling When She Confidently Stepped Out in This Gothic, High-Slit Gown at the Governors Awards 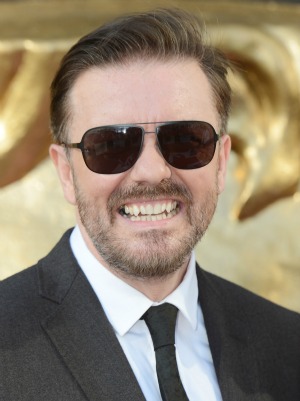 The 64th annual Primetime Emmy Awards are now less than two weeks away, and today the show announced its first six presenters. Mindy Kaling, Ricky Gervais, Jim Parsons, Amy Poehler, Ginnifer Goodwin and Louis C.K. are among the names announced for the ceremony, which is set to take place Sunday, Sept. 23.

The presenters are no strangers to television, and each has his or her own show or is a main character on one. Mindy Kaling spent seven years on The Office and this season is launching her own show, The Mindy Project, which is about “a young Ob/Gyn doctor [who] balances her personal and professional life, surrounded by quirky co-workers in a small office,” according to the Internet Movie Database.

Ricky Gervais is an acquaintance of Kaling’s since The Office is a show he co-created, writes and produces. He also created the British version of the same show and is no stranger to awards shows — Gervais has hosted the Golden Globe Awards multiple times.

Louis C.K., while considered the newcomer, has been in Hollywood since the late 1980s. He just launched his own show, Louie, in 2010 and is up for Best Actor in a Comedy Series. Many know Amy Poehler as Leslie Knope on Parks and Recreation, a show she has been a part of since 2009. She has also written and produced for the show and even directed one episode this year. Poehler was also on Saturday Night Live from 2001 to 2010. Many will also be looking for Poehler on the red carpet on Emmy night because of her recently announced separation from husband Will Arnett. It’s a mystery as to who her date for the awards show will be.

Jim Parsons is best known as Sheldon Cooper on The Big Bang Theory, a part he has played since 2007. And while Ginnifer Goodwin has been successful in both TV and film, she currently stars on Once Upon a Time and played Margene on Big Love from 2006 to 2011.

And last but not least … your host! Jimmy Kimmel will be hosting the 64th Primetime Emmy Awards live from Los Angeles on Sunday, Sept. 23, at 8/7c on ABC.