Even with all the new daytime talk shows in the game, ratings are up across the board. But two veterans won the game for the season’s premieres on Monday. 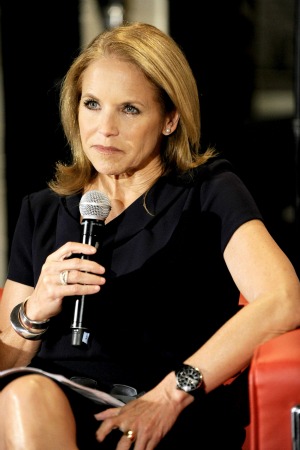 Monday’s talk show premieres show that America has room for plenty more. But the veteran shows beat out the newcomers, and Ellen won the ratings war on the first day. According to The Hollywood Reporter, not only did she win in the overall ratings, but she also won her key demographics of women ages 25–54, women ages 19–49, and all households ages 25–54.

Dr. Oz also did well, despite a move to an earlier hour. The show came in only a few ratings points behind Ellen overall. “The Sony Pictures Television show improved on what was in that time period a year earlier, by 33 percent,” said The Hollywood Reporter.

However, Katie‘s premiere is nothing to sneeze at. She tied Dr. Oz for total household ratings, and even though he was a lead-in to her show in some markets, she did better than he did on some occasions. But he did better on some occasions, too, so it just depended on the market. “That was easily the best among the new talk shows,” said the The Hollywood Reporter of Katie‘s and Dr. Oz‘s ratings.

On Monday, Maury and Steve Harvey came in after Katie in the ratings, followed by Jerry Springer, Jeff Probst and Wendy Williams. Ricki Lake’s new show was close behind, but it might have gotten better ratings under different circumstances. The Hollywood Reporter said The Ricki Lake Show “was hurt because of a dispute in the New York market that kept the show off as much as 40 percent of all TV sets there.”

Anderson Cooper‘s revamped show, Anderson Live, came in the middle of the ratings among the daytime talk shows, but it was up 18 percent from his old show’s ratings last year at this time.

Of course, the premieres aren’t always a sign of what is to come. Dr. Phil was pre-empted by the U.S. Open in many markets, and The Hollywood Reporter said that we’ll need to see one more week’s worth of Katie’s ratings before they’ll tell the whole story. But one thing is for sure — even with all the new shows, there are plenty of viewers to go around.