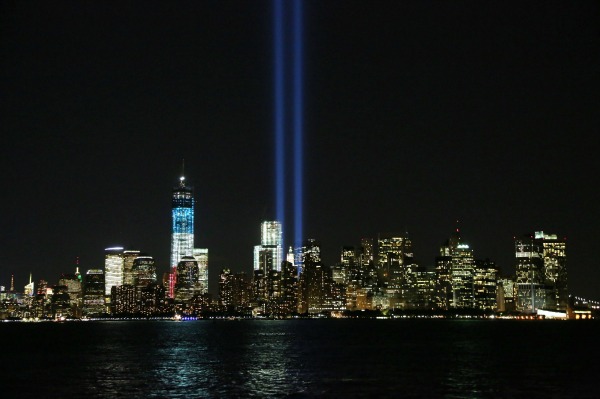 At 8:46 a.m. on Sept. 11, all the cable and major networks (with one notable exception) did what they were “supposed” to do — honor the nearly 3,000 lives lost 11 years before during the al-Qaeda-orchestrated terrorist attacks.

The peacock network ruffled many feathers on Twitter by airing an interview with momager extraordinaire Kris Jenner at the time when everyone else was airing a moment of silence to coincide with the very moment the first plane hit the World Trade Center’s North Tower.

In fact, Media Bistro published a split screen, courtesy of New York magazine, that visibly illustrates the significant error of NBC’s ways — as if we needed a split screen to recognize that it’s a major fail.

The graphic shows Fox News, MSNBC and CNBC breaking into the moment of silence, while Today’s Savannah Guthrie introduces the Kardashian clan’s matriarch.

“Wow, just Wow. NBC should be ashamed beyond belief and ridiculed by ALL!”

“At 8:46 AM today, the White House had a moment of silence that the Today Show skipped for a Kris Jenner interview. Hey terrorists, you lost.”

“You ran an interview with Kris Jenner instead of taking a moment of silence? Fail. Major fail.”

As of early Tuesday afternoon, there was still no word yet from the network or the show as to “What were they thinking?!” when a historic, ghastly event was preempted by an individual famous simply for being famous.