The ladies bared their naked faces on Monday’s Season 3 premier of The Talk with no makeup. All five women and their guests wowed fans with their natural, beautiful faces. 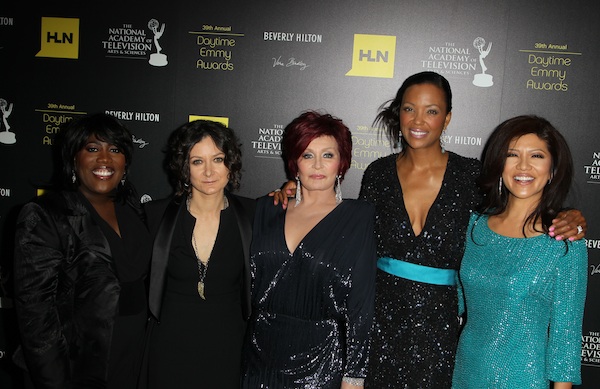 The Talk ladies took the plunge of no makeup on Monday. It takes a lot of courage to bare the harsh studio lighting in front of an entire audience plus millions of fans watching at home. Some women are more self-conscious than others about venturing out in public without at least some makeup on their faces. However, the Season 3 premiere of The Talk showcased the casts’ shocking and refreshing decision to go makeup-free.

The Talk‘s “no makeup” episode was promoted by the show’s creator, actress Sara Gilbert. The 37-year-old Gilbert told Entertainment Tonight the theme for The Talk‘s Season 3 premiere was an exciting way to bond with women. “There’s not many… single one person that would go on TV in front of millions of people with no makeup, so to be in a group of people that are willing to do that together is really cool. It shows that we’re willing to show parts of our lives that not everybody is willing to show. We really are girlfriends and because we feel safe with each other, we’re willing to show more of ourselves to the public.”

The ladies of The Talk were not the only ones to go without makeup. Guest host Jamie Lee Curtis and guests Michelle Stafford, Melody Thomas Scott and Katherine Kelly Lang also participated in the makeup-free show. The Talk‘s audience members were also encouraged to go sans makeup.