Dr. Mindy Lahiri is unlucky in love. She’s young and successful, but can’t find a boyfriend to save her life. She views relationships through rom-com glasses and is shocked when they go awry. The Mindy Project is her story.

Related story All Eyes Were On Mindy Kaling When She Confidently Stepped Out in This Gothic, High-Slit Gown at the Governors Awards 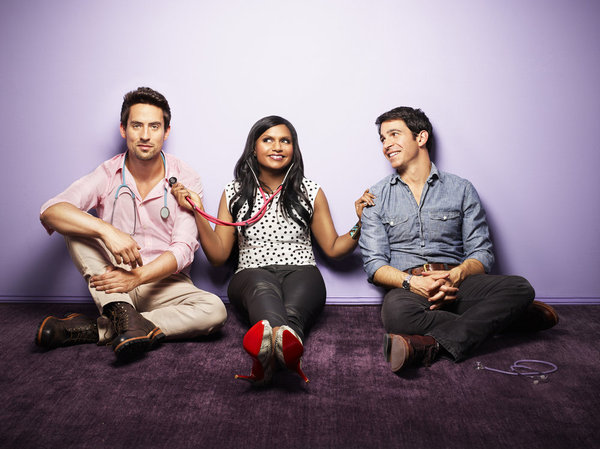 Mindy Kaling is Fox’s new golden girl. The former writer and co-star of NBC’s The Office is headlining her own show called The Mindy Project. The series premieres Sept. 25, but the pilot is available right now on Hulu.

The show’s tone is set within the first 60 seconds: Dr. Mindy Lahiri (an OB/GYN) is lovesick. She treats romantic comedies like the Gospel and Meg Ryan, Sandra Bullock, and Julia Roberts are her Apostles. At 31, she’s stuck in a relationship rut.

Mindy doesn’t have the best taste in men. She briefly dated a dentist named Tom (Bill Hader) who dumps her to marry one of his patients. If that wasn’t bad enough, he invites Mindy to his wedding, where she makes a drunken and inappropriate speech.

After she darts out of the reception, she’s arrested for disorderly conduct, public intoxication, theft and more. Most people would be extremely embarrassed by this situation, but not her. She feels slightly justified and chooses to wallow in self-pity instead.

After she’s bailed out of jail by her good friend Gwen, Mindy returns to work. It’s there that we get a feel for the show’s two male leads: Dr. Danny Castellano (Chris Messina) and Dr. Jeremy Reed (Ed Weeks). Mindy and Danny are professional rivals who exchange sarcastic comments at every turn, while Jeremy is a British Lothario who hooks up with Mindy on occasion.

Mindy decides to move on from Tom by going on a blind date. She’s dressed to impress and shows her co-workers her first date outfit. After modeling a sparkly top and pants, Danny steps in and insults her style. He advises her to wear a fitted dress and minimal make-up.

The Mindy Project to delight on Fox this fall >>

Mindy doesn’t take his input kindly and mocks his dating skills. She hits a nerve when she mentions his ex-wife, causing Danny to invoke a low blow. He tells her she’d look great if she lost 15 pounds! Mindy properly responds with, “Do you want to get smacked?!”

Later on they run into each other at the elevator. It turns out Mindy reluctantly took his advice. She’s wearing a tight red dress, with natural makeup. Danny shockingly tells her, “You look nice.” Mindy replies, “Go to hell.” It’s blatantly obvious that these two will be together by the series end. They’re to The Mindy Project what Sam and Diane were to Cheers. We see it coming a mile away.

Overall, the pilot consisted of a few familiar faces: Hader as Mindy’s ex and Ed Helms as her blind date Dennis. It wasn’t slap-your-knee funny, but still enjoyable. We think it will improve as time goes on.