A wedding is always a happy event. But for the 35-year-old actor, his wedding Sunday to actress Blake Lively is not new territory. 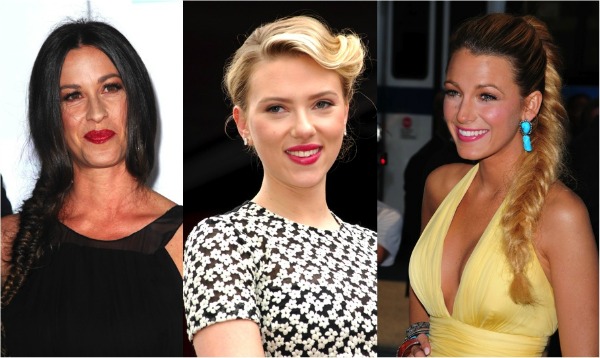 Now that our hearts have accepted the news that Ryan Reynolds is again off the market, it’s time to start wondering why he keeps playing with us like this. The actor’s marriage Sunday to Blake Lively isn’t the first time we’ve had to let him go, and it makes you wonder why this is at least the third time this has happened.

Reynolds met fellow Canadian Alanis Morissette at Drew Barrymore‘s birthday party in 2002, and they were engaged in 2004. In 2005, Morissette talked to People about their relationship, saying, “We’re just really enjoying this [engagement] phase.”

But it was not meant to be… the couple split in February 2007.

Enter Scarlett Johansson. Very soon after the relationship with Morissette ended, Reynolds began dating the actress. They announced their engagement in 2008 and were married later that year.

When they split in 2010, it seemed to come as a surprise to everyone but Reynolds and Johansson.

While they never gave a specific cause for the breakup, Johansson spoke with Vogue magazine about what she was going through after the divorce.

“Of course it’s horrible. It was devastating,” the actress said. “It really throws you. You think that your life is going to be one way, and then, for various reasons or whatever, it doesn’t work out.”

Reynolds filed for divorce from Johansson in December 2010.

It was first reported that the actor was dating Green Lantern co-star Blake Lively in October 2011, four months after his divorce from Johansson was official. However, Green Lantern filmed even earlier than that — from March to August 2010.

The crossover of the dates might raise some eyebrows. But even if you can ignore that, Reynolds is obviously a man who likes being in a serious relationship… his marriage to Lively on Sunday shows he is a man who is in love with love. We can always hope, for both Reynolds’ and Lively’s sake, that this one will be the one that will stick.