October can’t get here fast enough. Next month, The CW will unleash its new action-packed series, Arrow. Based on the Green Arrow comics, this modernized take is more Jason Bourne, less Superman. The network has released an extended trailer that highlights the skilled fighter. 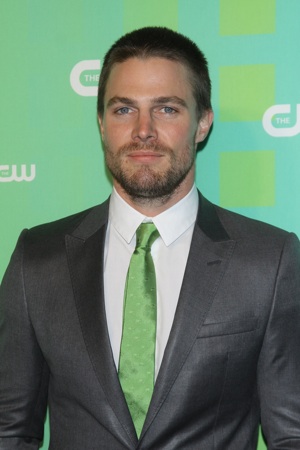 The CW has filled its superhero void. Last year, Smallville left the network after 10 successful seasons, and its absence has been felt. So it’s time to tackle another comic book adaptation — Green Arrow.

Like Smallville, which focused on a young Clark Kent, Arrow follows a young Oliver Queen (Stephen Amell). He’s a billionaire playboy who moonlights as a crime fighter.

What’s his power? Well, he doesn’t have one. Arrow takes a page out of Batman’s book. He can’t fly and he doesn’t have X-ray vision, but he’s extremely smart and resourceful.

The hero’s weapon of choice is a bow and arrow — hence his name. It’s very old-fashioned but also very deadly. His marksmanship is unmatched. He’s in great physical condition and has the means and motive to pursue a personal vendetta. Oliver Queen plans to clean up his hometown of Starling City.

As a bad boy gone good, Oliver’s on a road to redemption. After living it up, he’s changed forever by a near-death experience. With his new lease on life, he decides to do something worthwhile.

Watch Arrow in action in this “Justice” preview:

Aside from Arrow, several other comic book characters appear on the show. The most notable is Dinah “Laurel” Lance (Katie Cassidy). In the comics, she’s Oliver/Arrow’s love interest who has her own superhero persona — Black Canary.