If a new film isn’t enough for Twilight fans, now they’ll be able to relive the past four years — the first four films will be played at some theaters the day before. 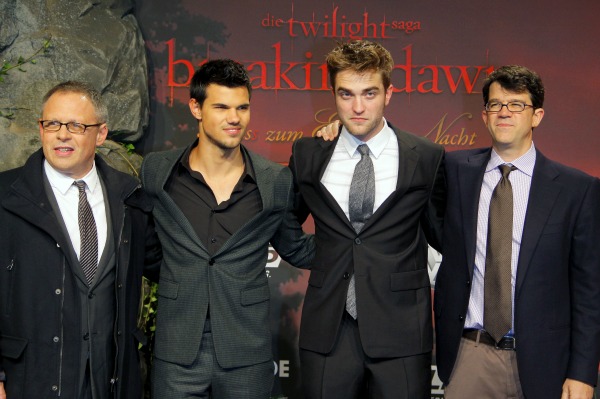 Twilight fans knew they would get one big treat this year with the release of The Twilight Saga: Breaking Dawn — Part 2. But today they found out they will get another big treat.

“Those ticket-holders who aren’t rushing off to the bathroom between films or to refill their popcorn bucket, will get to see the exclusive interstitial content that’s set to play between films,” said CinemaBlend.com. “And attendees will also get a special event-only lanyard to hold their ticket.”

And some of the fans who go to the marathon will be the luckiest Twilight fans of all, because Summit announced it will be opening the film at 10 p.m. in some locations. This means some of those fans already there for the marathon may be the only ones allowed into the 10 p.m. screening.

Since the first Twilight film was released in 2008, the four films have grossed well over $1 billion in the United States alone. The new film is expected to make as much as the previous films, if not more. Since the new film is the last in the series, the possibility of seeing the marathon may add to those totals.

No details yet on which theaters will be lucky enough to hold the marathon or screening times, but those should be announced soon. The Nov. 16 release of The Twilight Saga: Breaking Dawn — Part 2 comes less than a year after the last film, The Twilight Saga: Breaking Dawn, was released and less than four years since the first film was released in 2008.