Tony Danza took a different career path in 2009 when he began his first year as a teacher in Philadelphia. In his latest book, I’d Like to Apologize to Every Teacher I Ever Had, Danza takes readers through a powerful life lesson. 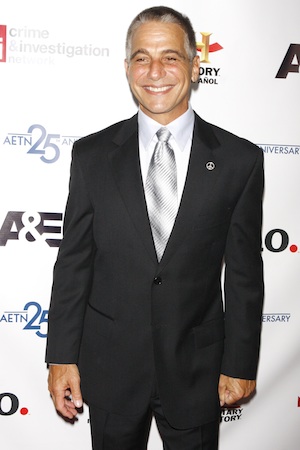 Tony Danza’s new book, I’d Like to Apologize to Every Teacher I Ever Had, hits bookstores on Tuesday. It has debuted to shining reviews from multiple newspapers, including the Philadelphia Inquirer, which plays a role in the book. Reviewers have no difficulty bestowing high praise on Danza’s new work, often using the words “dramatic” and “dedicated” to describe it.

The 61-year-old actor is said to have woven a heartbreaking and compelling story that recounts his first year as an English teacher at Northeast High School. (Disclaimer: We have not read Tony Danza’s new book.) In a revealing interview with the Hartford Courant, a newspaper based in Connecticut, Danza explains the emotional roller coaster he rode during his first year as a rookie teacher.

“I was absolutely surprised how emotional I got although I am a bit of a crier. It was unbelievable. I think I had two stages of hysteria when I taught. There was that total fear that I would make a horrible mistake in front of people. There were days when I thought I had the greatest lesson plan and was going to make such a difference and then it didn’t happen. I think in the beginning I put too much pressure on myself and was making myself crazy.”

Tony Danza’s new book follows the similar experiences showcased on his 2010 show reality show Teach, which aired on A&E. Danza probably hopes the reception for I’d Like to Apologize to Every Teacher I Ever Had is more positive critically and commercially than what Teach got. The show lasted only seven episodes, with harsh words from some in teaching community. Danza remembers the show’s shaky premise in his book and says there was a disconnect between his creative vision and the actuality of the show.

“The kind of show I envisioned would be risky for the network, but I was convinced that the real lives of real kids combined with my hyperreal flop sweat would make for more than enough drama.”

The Philadelphia Inquirer notes Danza admits he received special treatment while at Northeast High School but says Tony did do much of the typical work of a teacher.

What readers should notice and appreciate, says the Philadelphia Inquirer, about this memoir is the genuine and remarkable way Danza connects with the audience:

“That sincerity shines through I’d Like to Apologize. Writing in a breezy, conversational style, Danza relates the difficulties he was facing with his own family in L.A.; his nervousness; and the challenges of finding ways to engage and connect with a disparate bunch of 15-year-olds.”

Tony Danza’s I’d Like to Apologize to Every Teacher I Ever Had retails for $24 and is available at bookstores nationwide on Tuesday, Sept. 12, 2012.