The Voice returns to TV tonight in all its swiveling red-chaired glory, and drama is already a-brewin’. Following a last-minute scheduling switch, the show will now premiere an extra night… putting it on a collision course with rival X Factor. Which will you be tuning in to? See how the two stack up. 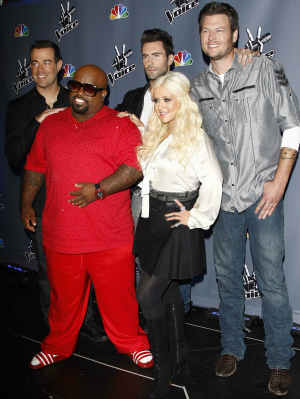 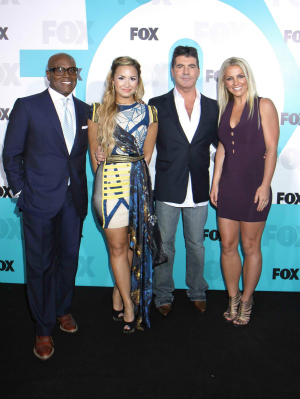 Network that nabbed it

Host with the most

The Voice: Everyone’s favorite veejay, Carson Daly
X Factor: TBD… although word has it Demi is gunning to get her pal Khloe Kardashian for the gig

Clever spin on the cliche

The Voice: The judges don’t see the contestants until they hit the button on their fancy spinning chairs, signaling their interest in having that singer on their team.
X Factor: Contestants have to be ballsy from the get-go — their first audition is in front of a massive audience, in addition to the judges.

The Voice: “You have a great sound; you’re developed. Cee Lo has another meaning for the word ‘developed’ when he talks to you.” — Blake Shelton
X Factor: “It was like, imagine I am a factory in China, and I’ve been given an order to manufacture 10,000 Justin Bieber dolls that sing and dance, but it kind of went wrong in production. That’s what you are. It wasn’t quite right.” — Simon Cowell

What you will see but won’t want to

The Voice: Christina’s colossal cleavage (did anyone else notice that unnaturally large vein last season?)
X Factor: Untalented trainwrecks whose mamas always told them they were destined for greatness

What you won’t see but will want to

The Voice: Those untalented trainwrecks mentioned above — the talent is pretty heavily vetted here
X Factor: Any sort of set-lightening sexual tension among the judges… think Simon and Paula

Prize worth risking humiliation for

The Voice: $100,000 and a record deal with Universal Republic
X Factor: A whoppin’ $5 mil (!!!) recording contract with Syco/Sony Music

When to tune in

The Voice: 8/7c on Wednesday and Thursday
X Factor: 8/7c on Monday, Tuesday and — only for the premiere week — Wednesday

As if you need any more incentive to watch

The Voice: Last season’s playful sparring between Christina and Adam came to a head when she slammed his contestant (and her former fellow Mouseketeer) Tony Lucca during the finale… their rivalry alone is worth watching for. Well, that and to see what other spherical object Christina slaps on her head and tries to pass off as a hat.
X Factor: Britney Spears has already reportedly stormed off the set once. What other shenanigans can we expect from the explosive star? If she ever shows up sporting her shaven dome of days gone by, it’s on like Donkey Kong.

36 mins ago
by Caroline Greelish