Jennifer Hudson forgives the man who killed her mom, brother and nephew — and says his horrific actions were not his fault. Say what? 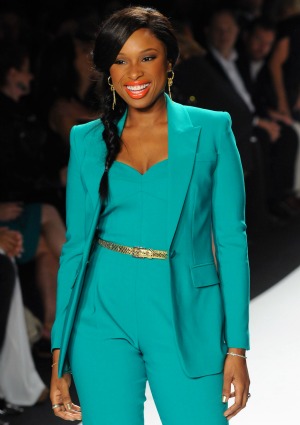 Jennifer Hudson has lost a ton of weight — but much of it is from her psyche as well as her body.

In an interview on Oprah’s Next Chapter, the Oscar winner said she forgives the man who brutally murdered her mother, brother and nephew — and shockingly says it wasn’t his fault.

“For the most part, it’s not his fault,” Hudson told Oprah. “It’s what he was taught, how he was brought up.”

“You never had a chance,” she said of William Balfour’s upbringing. “Had you had the love my mother gave us, or the background… that some have, then you would’ve stood a chance.”

Sister Julia Hudson, who was divorced from Balfour, blames herself.

“Of course, how can I not go through the what ifs? Because I married him. If I hadn’t saw what I thought I saw in him,” she said.

“And once I did begin to see who he really was, I tried to get out. That was his promise: ‘If you leave me. I’ll kill you. I’ll kill your family first’.

Jennifer added, “There were so many shocks involved in it… Like, who do I grieve for first? Or, who do I start with?

“It’s bits and pieces. It’s too much. You’re confused. Your emotions are confused.”

Now that Balfour has been convicted — he was given three life sentences with no possibility of parole — Jennifer and Julia are ready for closure.

“I haven’t been to the gravesite since we buried them but now I want to go because I feel like OK, we’ve accomplished things,” Jennifer said.

“We’ve done this. We got justice for you. I can’t come here empty-handed. I came back with justice being served so now I feel like I deserve to be able to see them.”