In the new exclusive TV ad for The House at the End of the Street, audiences get to see Jennifer Lawrence get spooked out in her new horror film.

It’s a horror between The Hunger Games. Jennifer Lawrence stars in the upcoming fright flick, The House at the End of the Street, where she plays a girl who has recently moved into a new house after her parents are divorced.

Hot pics: Exclusive photos from The House at the End of the Street >>

Her mom, played by Elisabeth Shue, thinks this is the best thing that can happen to the mother-and-daughter duo that just wants to start over.

Elisabeth Shue’s straight, blond hairstyle — you can have it, too! >> 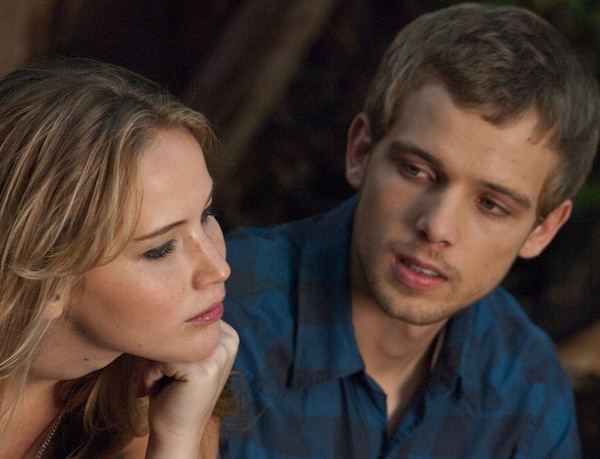 So, when all is said and done and these two women move into the house at the end of the street, they soon find out that there’s a story that no one wants to tell. The story of a murder. It happened, or so some say, in the house next door. A girl killed her parents and then mysteriously left. No one has seen her since. She’s survived only by her brother, Ryan, played by Max Thieriot.

I just had a bad feeling

When Lawrence’s character strikes up an uncanny friendship with Ryan, people start to wonder. Is it good to hang out with the only survivor after such a tragic experience? After things start to get creepy, our bow-and-arrow girl has to figure out quick who she can trust.

Get ready for Halloween everyone, because this is one fright flick that might keep you up at night, especially if you’ve just moved into a new house.

The House at the End of the Street releases in theaters Sept. 21.