The band sent a “cease and desist” letter to the network after it used their song without permission, and the network fired back saying it hopes the band was “able to satisfy their publicity fix.” 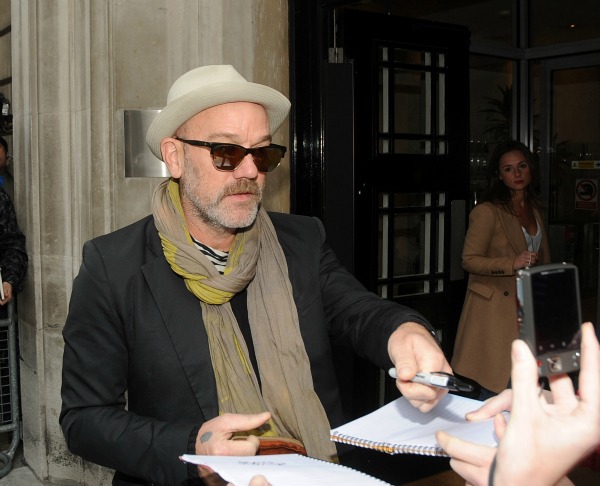 The list of musicians unhappy with politicians using their music is growing, and R.E.M. is the newest addition to that list. Only they are not complaining to a politician but to a whole network. Fox News has reportedly been using the band’s song “Losing My Religion” on the show Fox & Friends.

“We have little or no respect for their puff adder brand of reportage,” lead singer Michael Stipe said in a statement on R.E.M.’s website. “Our music does not belong there.”

Rage Against Paul Ryan: No, you’re the machine! >>

The band and Warner-Tamerlane Music, their music publisher, sent a cease and desist letter to the network, telling it to stop “its unlicensed and unauthorized use of the song.”

However, Fox said it has a license to use the song. The network spoke with the New York Daily News about the issue.

“Fox News Channel’s use of an R.E.M. song during Thursday’s edition of ‘Fox & Friends’ was in full accordance with its license agreements with all appropriate parties,” a spokesperson told the Daily News, according to Brent Johnson with the New Jersey Star-Ledger. “Nevertheless, we’re always flattered to have this much attention for a song selection and we hope R.E.M. was able to satisfy their publicity fix.”

The network reportedly used the song during the Democratic National Convention as a commentary on the party’s religious views. Dee Snyder of Twisted Sister earlier told Paul Ryan to stop using that band’s song “We Aren’t Going to Take It” at his rallies, and the Silversun Pickups had to ask Mitt Romney to stop using their song “Panic Switch” during his rallies. “We don’t like the Romney campaign,” said Brian Aubert with the band.

R.E.M. has not responded to Fox’s statement about their need for publicity, but Stipe posted this on the band’s website today: “Fox News ha ha HAHAHA.” There has been no mention of the song being used since the network was sent the cease and desist letter.