The Hustler chief is going all out for info on Romney, and Sunday morning, America will find out how he really feels. 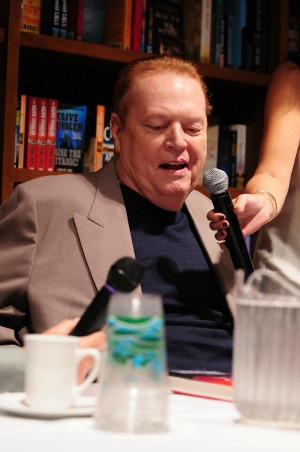 Larry Flynt has never been shy about sharing his opinions, and tomorrow, millions of Americans will learn exactly how he feels about presidential candidate Mitt Romney. The Hustler entrepreneur has taken out full-page ads in the Sunday edition of the Washington Post and the Sept. 11 edition of USA Today offering a bounty for Romney’s tax returns.

“What is he hiding?” the ad reads, said Yahoo!. “Maybe, now, we’ll find out.” Flynt includes his phone number and email address for anyone willing to provide those returns. A press release released by Hustler magazine said Flynt is “offering up to a million dollars in cash for documented evidence concerning Republican Presidential candidate Mitt Romney’s unreleased tax returns and/or details of his offshore assets, bank accounts and business partnerships,” according to CNN.

CNN also said the issue could be more an attempt by Flynt to promote his magazine than to actually keep Romney’s finances in the headlines. Romney has released his 2010 returns and an “estimate” of his 2011 taxes but has said he won’t release more years. His reason — it would only increase criticism.

Romney’s tax returns were also in the news earlier this week after an online hacker claimed to have the tax documents and would offer them up for a $1 million ransom.

“Should the sum not be paid by later this month, the posting said a key to unlock the documents would be released publicly, while the financial firm from which the documents were allegedly stolen said there is ‘no evidence of unauthorized access to our data,'” according to CNN.

Flynt is a registered Democrat but ran for president in 1984 as a Republican, said Yahoo!. In the past, he has offered similar rewards for different causes he cares about, including debunking the Warren Commission’s investigation into the death of John F. Kennedy, finding evidence of infidelity on the part of Texas governor Rick Perry, and finding evidence of marital infidelity on the part of any Republican attempting to impeach President Clinton.