The two singers held hands, and Perry even sang to Rihanna, at Thursday night’s ceremony, but they’ve actually been close friends for a while. 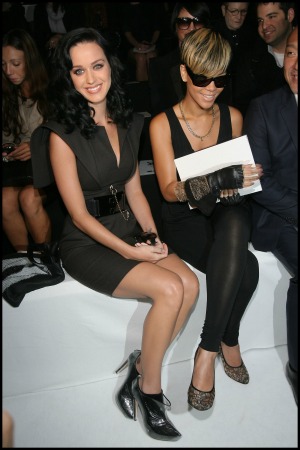 It’s true that opposites attract, and that is especially true with Katy Perry and Rihanna. Before Thursday night’s MTV Video Music Awards, very few people knew the two singers were even friends. But the affection they showed for each other in the audience during the ceremony made it obvious that they are very close.

“Whether it was Katy Perry singing in Rihanna’s ear while One Direction was performing or the two of them clutching hands before it was announced that Rihanna won Video of the Year, these two were hands-down the cutest couple at the VMAs,” said MTV.

The truth is, the two women have been friends for a while. According to the U.K. Sun, Rihanna was the first person Perry called when she found out her then-husband Russell Brand had filed for divorce. “Katy was embarrassed about calling her parents as they’d been so against Russell in the first place,” said the paper. “But Rihanna was a great support for her and she really helped to calm her down.”

While it seems like the two couldn’t be more different, they actually have a lot in common. Rihanna went through a very public breakup from boyfriend Chris Brown, a relationship it looks like she is still dealing with. Perry’s fast-moving relationship, and eventual breakup, with Brand was also done in front of the world. They both came from humble backgrounds and built themselves into their one-woman music empires, and it could be argued that they are two of the most important women in pop music today.

Perry is almost four years older than Rihanna, but that doesn’t seem to make a difference. Rihanna and Perry were absolutely adorable Thursday night, and we look forward to seeing much more of this blooming relationship.