Which TV dad is your favorite? Here are some of the ones we love, and the reasons they’ve got our hearts. 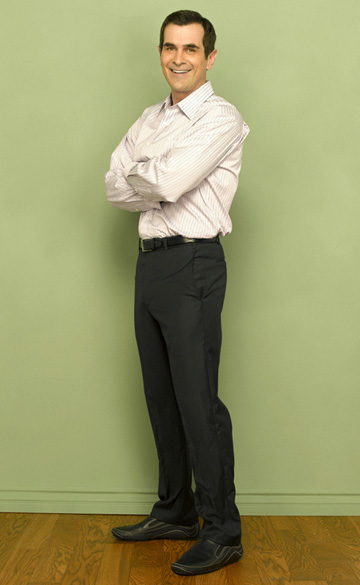 Phil Dunphy (Ty Burrell) is a dorky guy who thinks he’s a cool dad. We love him for his never-ending attempts at bonding with his three kids, and the competitive nature that always gets him into trouble. He’s desperate for the approval of his father-in-law and is always on a mission to prove his manliness. Phil really loves his family, which makes it easy for us to love him!

“Tim the Tool Man” Taylor (Tim Allen) is every male stereotype rolled into one grunting TV host. He loves all things masculine, thinks he can fix anything (although he usually can’t) and is always on a mission to beef things up with more power. He gets uncomfortable with all things girly, a trait that just endears him to us more.

Heathcliff Huxtable
from The Cosby Show

What’s not to love about Dr. Heathcliff Huxtable (Bill Cosby)? He’s smart, silly, confident, kind-hearted and eccentric. He has a strong relationship with his family and is great at lightening up tough situations with his hilarious moves and musical outbursts. Heathcliff is always nostalgic over his days as a star athlete, constantly on a mission to hide junk food from his wife, and perpetually unable to get his grown children out of his house.

Al Bundy
from Married With Children

At first glance, Al Bundy (Ed O’Neil) is an uncaring shoe salesman with no regard for his children and disdain for his wife. Once you watch, though, you see that he truly loves them, but doesn’t want anyone to know. His (often failed) attempts to mask his caring make for hilarious television. Bundy’s gooey center, and his inability to hide it, are why we love him. 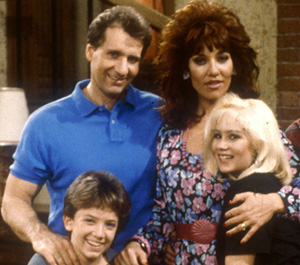 He’s hardworking, honest, morally righteous and always ready to stand up for his family. Frank Reagan (Tom Selleck) is an Irish-American police commissioner in New York City, leading a family of cops and lawyers. We love that he’s the strong but silent type. And that he’s played by super-sexy Tom Selleck doesn’t hurt, either!

Who is your favorite TV dad? Let us know in the comments section below!

21 mins ago
by Caroline Greelish

32 mins ago
by Louisa Ballhaus