The cast of Guys with Kids is a great group of guys, both on and off the screen. 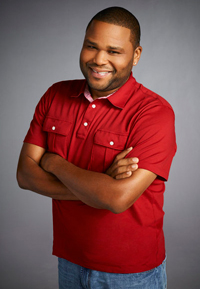 You may know him as Detective Bernard on Law and Order, but Anthony Anderson is all set to play a new role on Guys with Kids. Anderson’s character, Gary, is a stay-at-home dad of not one, not two, but four kids, and he’s not bad at it! He’s up for any challenge, and he’s confident that he can find an easier way to do it than his wife. Anderson has also had roles in over 20 films and has a history on the small screen, as well. He starred in his own TV show, All About the Andersons, had a major role in the Bernie Mac Show and has appeared on The Shield. In real life, Anderson is married to his college sweetheart, and the pair have two children. 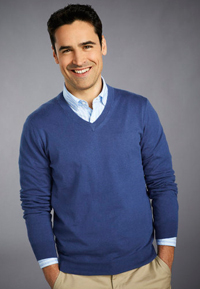 Jesse Bradford is a new face to television, but he’s had a long and successful career in film. You might recognize him from Flags of Our Fathers, where he stole our hearts as one of the three surviving soldiers who helped raise the flag on Mt. Suribachi. More recently, he’s been working on some independent films that have wrapped and may be playing at a theater near you soon. Bradford’s character on Guys with Kids, Chris, is a newly single dad, relearning the ropes of the dating world while figuring out how to handle parenting solo. He’s such a cutie, we’d be glad to help him out! 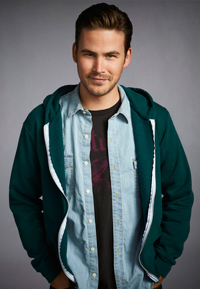 Zach Cregger plays Nick, a wise-guy married dad. He’s the funny guy who makes everyone laugh — except his wife, who is usually the butt of his jokes. Cregger is a member of the comedy troupe the Whitest Kids U’Know, a group that specializes in rough, unpolished comedy. They’re a much-loved group with comedy fans in New York, and he brings lots of those hilarious qualities to Guys with Kids. When he’s not filming for Guys, he’s hard to pin down. Cregger splits his time between projects on both coasts.

Want a sneak peek of the show? Watch a clip here.