Kris Jenner is reportedly unsure reality television is big enough for both the Kardashians and the questionable phenomenon titled Here Comes Honey Boo Boo. It seems this momager is afraid her clan is getting pushed out of popularity by a pageant child! 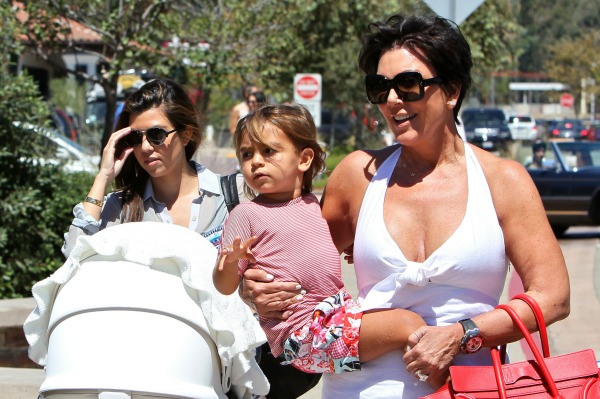 A gossip source happily told RadarOnline all about Kris Jenner’s Honey Boo Boo hate, adding that not only does the 56-year-old not get what the fuss is all about (neither do we, for the record), but feels quite threatened the Kardashian family’s time as reality television royalty may be ending.

“To say Kris is not a fan of Here Comes Honey Boo Boo is an understatement,” the source is quoted as saying. “She thinks the Thompsons are classless, unlike her family, and can’t understand why America is so fascinated by them.”

Elaborating on the feud further, they continued, “Kris especially has a strong dislike for June [Honey Boo Boo Child’s mother], claiming the beauty pageant world is vile and that June is a bad mom for ‘exploiting’ Alana in that way.

“Kris think it’s all a ploy to make money, and says she sees through it and thinks it is absolutely disgusting.”

However, Kris Jenner herself has a thing or two to say about the Honey Boo Boo hating allegations. “Sorry dolls don’t believe everything you read/hear!!” she tweeted Friday. “I’m sorry to say I’ve never heard of ‘Honey Boo Boo’ and haven’t seen show!”

Do you believe Kris Jenner, or do the Honey Boo Boo hating allegations ring true?