Morgan Freeman won’t go down without a fight. The Oscar-winning actor is still alive and kicking, despite reports of his death. We see more TV and film documentaries in his future. 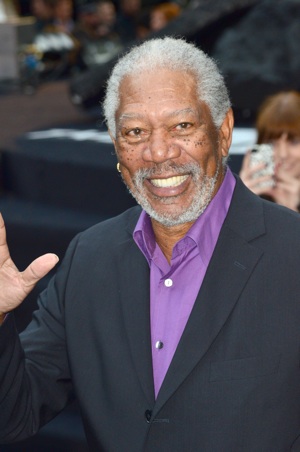 Why would anyone want to kill Morgan Freeman? The talented actor known for his relaxing voice and acting chops is the latest in a line of celebrity victims. This week, he was at the center of Hollywood’s newest death hoax.

Despite the ludicrous claims, the 75-year-old actor is still with us. According to E! Online, Freeman’s rep confirmed that reports of his death are false.

“Morgan is alive and well, and joins the long list of actors who have been victimized by this hoax.”

We’re not sure why Freeman’s always at the center of such morbid news. This isn’t the first time he’s “died” online. Back in 2010, he was also rumored to have passed on.

The news was generated by a false tweet sent via CNN. After hearing of the error, the network quickly apologized for any confusion.

They replied, “CNN did not report Morgan Freeman death. Rumor is false. CNN will aggressively investigate this hoax.”

That was then, so what happened this time? One of the main culprits is a Facebook page, which joined the site Sept. 5. It’s titled “R.I.P. Morgan Freeman” and has over 66,000 likes. But if you look at its “About” section, you’ll see a strange contradiction. It says, “He’s still alive and well, stop believing what you see on the internet.”

Freeman may be in his 70s, but he’s working harder than ever. This summer, he appeared in one of the highest-grossing movies of the year, The Dark Knight Rises. Can we please stop taking him out before his time? He has more narrating to do!