Scarlett Johansson made an impassioned plea to young voters at the Democratic National Convention: Commit to vote. Who knew the actress was so political? 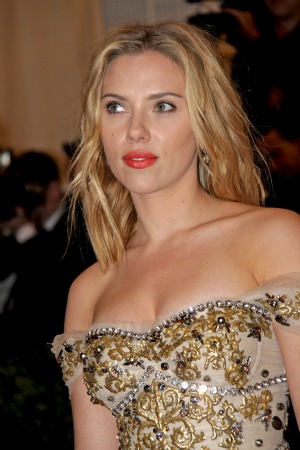 Scarlett Johansson appealed to the more than half of all eligible votes aged 18-24 who did not vote in the last presidential election — get out there and make a difference!

Speaking at the Democratic National Convention yesterday, Johansson said, “Young America, why are we only speaking with half our voice when so many issues at stake here directly affect us? You know who I’m voting for. I’m not going to tell you who to vote for. I’m here to ask you to commit to vote.

“Earlier this week, Chelsea Clinton reminded us that we are the generation whose voices haven’t been heard. Vote so that your voice is heard. Over the last two days, we’ve been reminded of something that perhaps we forgot: what has been accomplished, and what is at stake.

“Whether we can get health care, afford college, be guaranteed equal pay — all at risk. And that’s why I’m here today — to use whatever attention I’m fortunate enough to receive to shed the spotlight on what’s at stake for all of us,” she said.

Michelle Obama wows supporters with dynamic speech at the DNC >>

“When I was a little girl, my mother — a registered Democrat — would take me into the polling booth, and tell me which buttons to press and when to pull the lever. Is that even legal? I remember the excitement I felt in that secret box, and feeling like my mom’s vote wasn’t just about the candidate, it was about our family — and all the families just like ours.

“This last election, I finally got to punch those buttons for me, for real. I wore my ‘I voted’ pin the whole day. It was my finest accessory. And this year, on November 6th, I’m filled with that same enthusiasm, that same pride, to press the button to reelect President Barack Obama! So get out there and exercise your right to vote,” she finished.

When she’s not stumping for Obama, you can catch Scarlett Johansson in the upcoming flick Under the Skin.

54 mins ago
by Scarlett Harris