Beliebers engaged in a Twitter war with One Direction fans (“Directioners”) after their savior, Justin Bieber, came up empty-handed at last night’s MTV Video Music Awards. But no one may be more upset about Biebs being “shut out” than one of the big winner’s of the awards show (along with 1D), Rihanna. 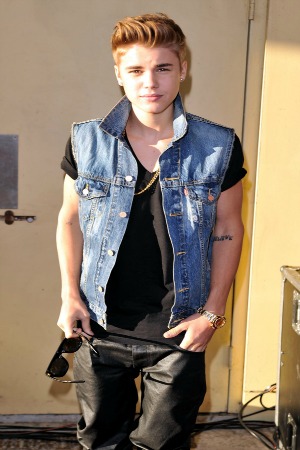 Justin Bieber got two MTV Video Music Award noms, but walked away Moonman-less Thursday night. And, while Beliebers directed much of their rage over the perceived “shut out” at One Direction, Rihanna was visibly upset over Biebs losing “Best Male Video” to the boys from Britain.

Biebs and Rihanna both lost to 1D in the “Best Pop Video” category, though no one should feel bad for RiRi; she and Calvin Harris took top honors for “Video of the Year” with “We Found Love.”

Via Entertainmentwise, Rihanna is reportedly seen scowling and mouthing the words, “Getting tired of this bull****. Justin should’ve won,” to Katy Perry as the One Direction guys took to the stage to accept one of their three Moonmen of the night.

The website also suggested that RiRi is simply not a fan of the British boy group, as she also appeared upset when the guys secured a best video win in the new artist category over Frank Ocean.

The blogosphere is already buzzing that Biebs is stepping aside to make way for the tidal wave of teenage girl fandom directed toward 1D.

But Bieber apparently doesn’t feel threatened that his fan base is being fractured; an image on Twitter shows Justin Bieber hanging out with the group’s Niall Horan and Zayn Malik after the event.